Summary: From last analysis two wave counts are published. The main wave count remains valid. The alternate bearish wave count is not invalidated but should be now discarded due to a very low probability. 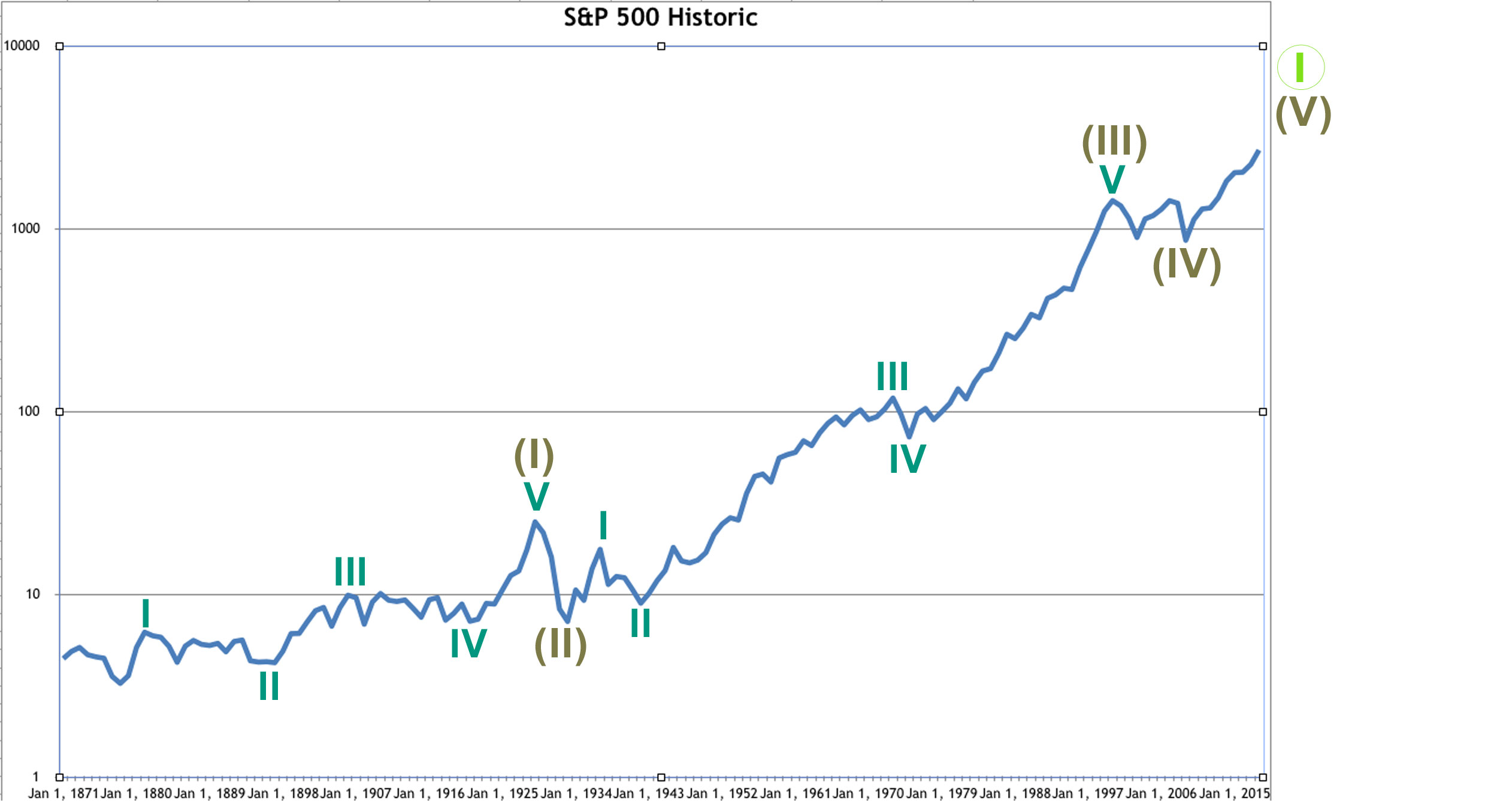 The data prior to the inception of the S&P500 index is an amalgamation of the US stock market back to that date.

There are two approaches to the S&P500 long term analysis: either look only at data since the inception of the S&P500 in 1957, or to include an amalgamation of the entire US stock market before that date as part of the analysis. I have chosen to look at the entire market. 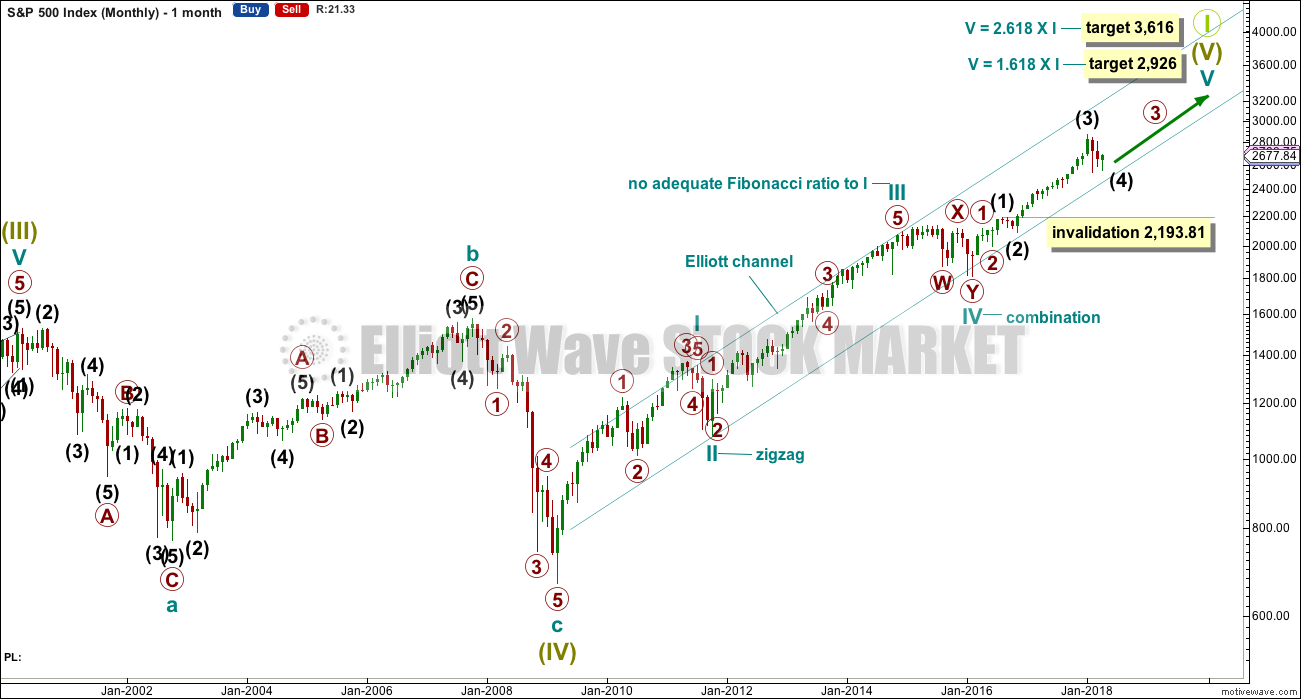 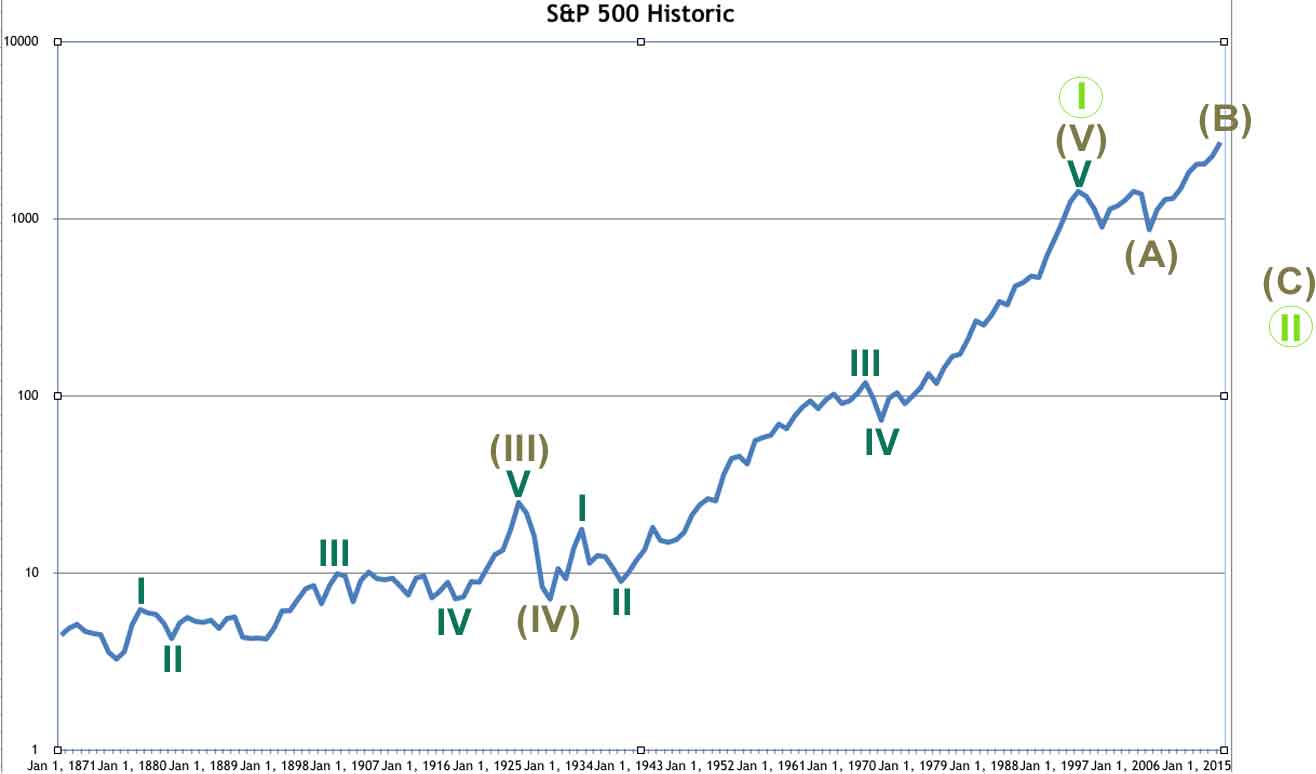 Within Super Cycle wave (V), the subdivisions are seen in the same way as for the bull wave count. There are no adequate Fibonacci ratios at cycle degree.

While there is no Elliott wave rule stating a maximum limit for B waves within flat corrections, they are most commonly between 1 to 1.38 times the length of their A waves. There is a convention within Elliott wave that states when the B wave passes 2 times the length of the A wave, the idea of a flat correction should be discarded based upon a very low probability. For this reason this wave count should now be discarded.

This analysis is published about 5:55 a.m. EST.