Summary: Technical analysis indicates strong support for the last lows. The most likely scenario for the short to mid term may be the formation of a large triangle for a few more months, before an upwards breakout. 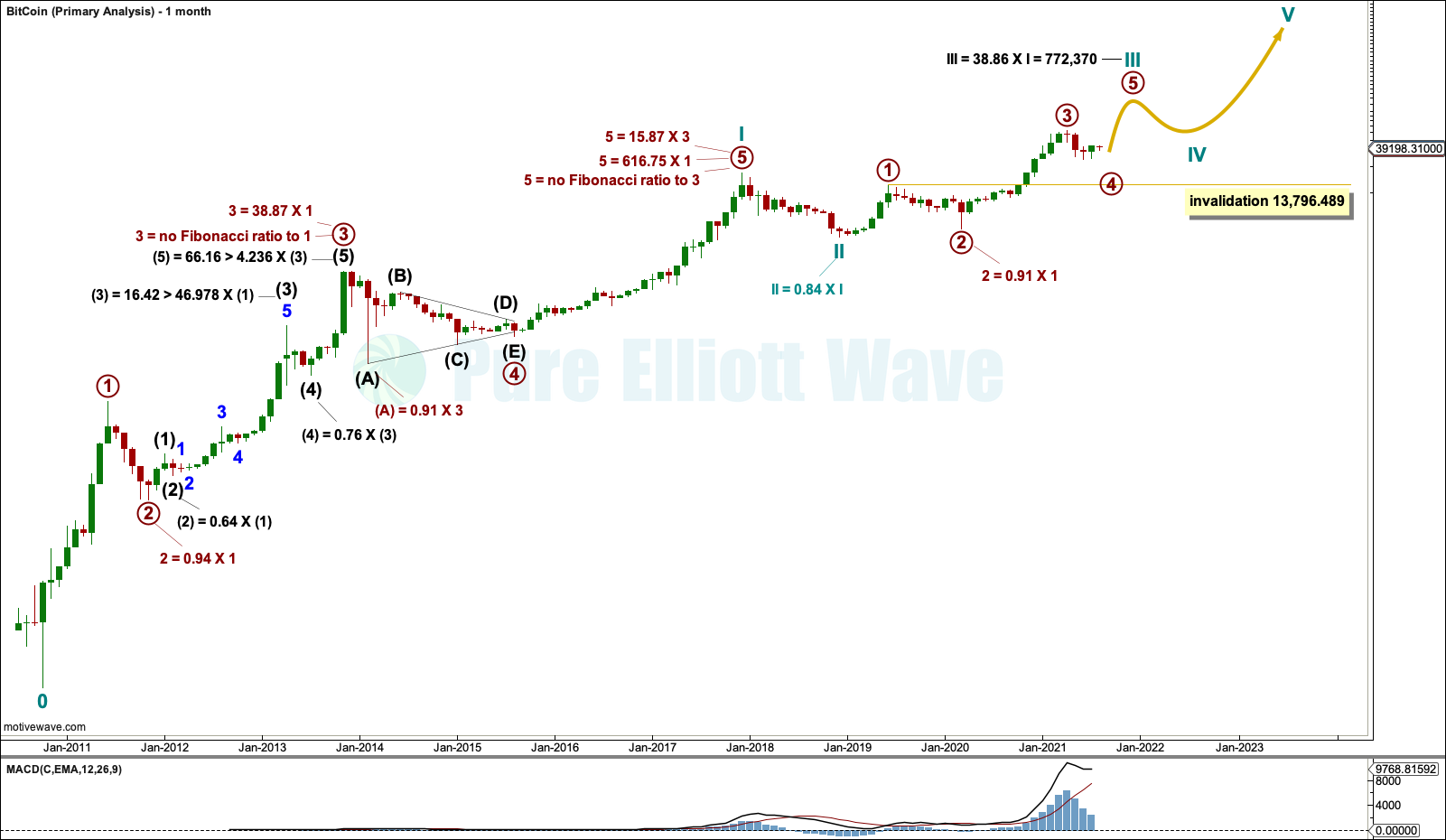 What is very clear from this chart is that Bitcoin forms classic bubbles. It has done so now several times and is now doing so again. So far each bubble has popped and Bitcoin has collapsed, to then thereafter form a new bubble. Each bubble is larger than the one prior; so if another Bitcoin bubble is forming, it may be expected to take price substantially above the all time high. 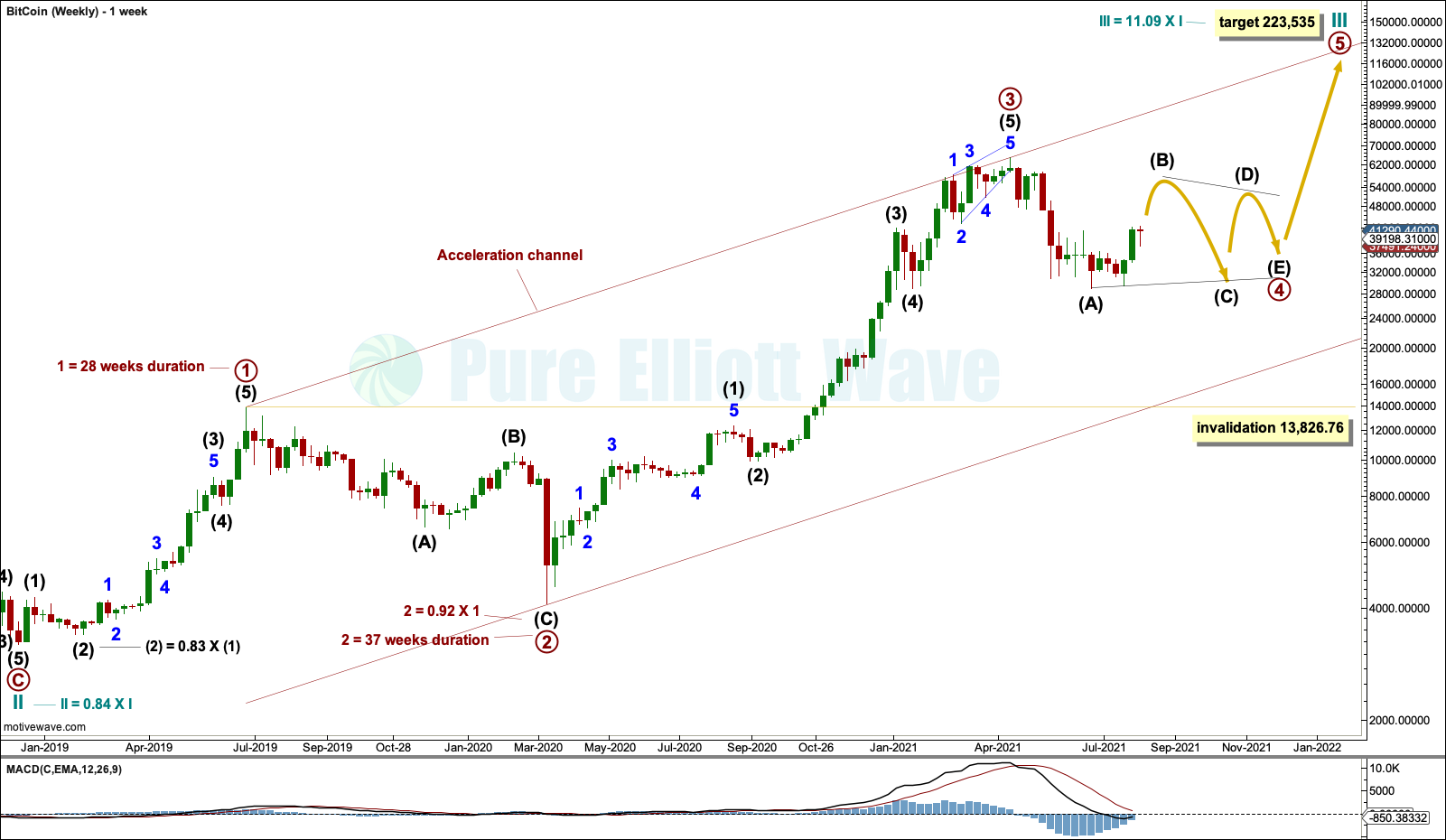 Primary wave 4 may subdivide as any one of more than 23 possible corrective structures. It is impossible to be confident of the structure of a fourth wave until it is over; alternate wave counts and flexibility are essential during corrections. When primary wave 4 may be complete, then an upwards breakout would be expected for primary wave 5. Primary wave 5 would very likely be longer than primary wave 3 by many multiples; it is common for this market for its fifth waves to be very long. 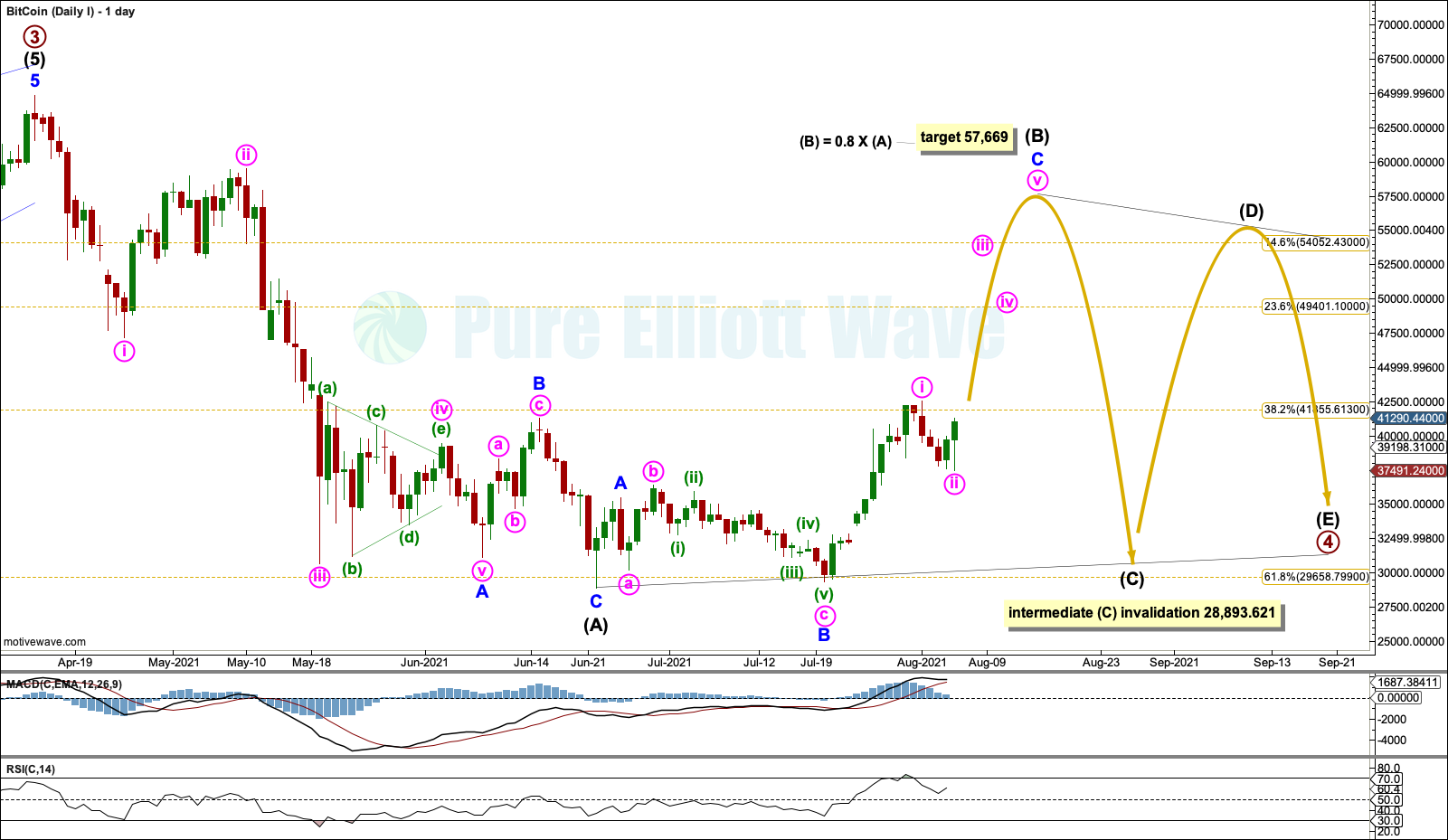 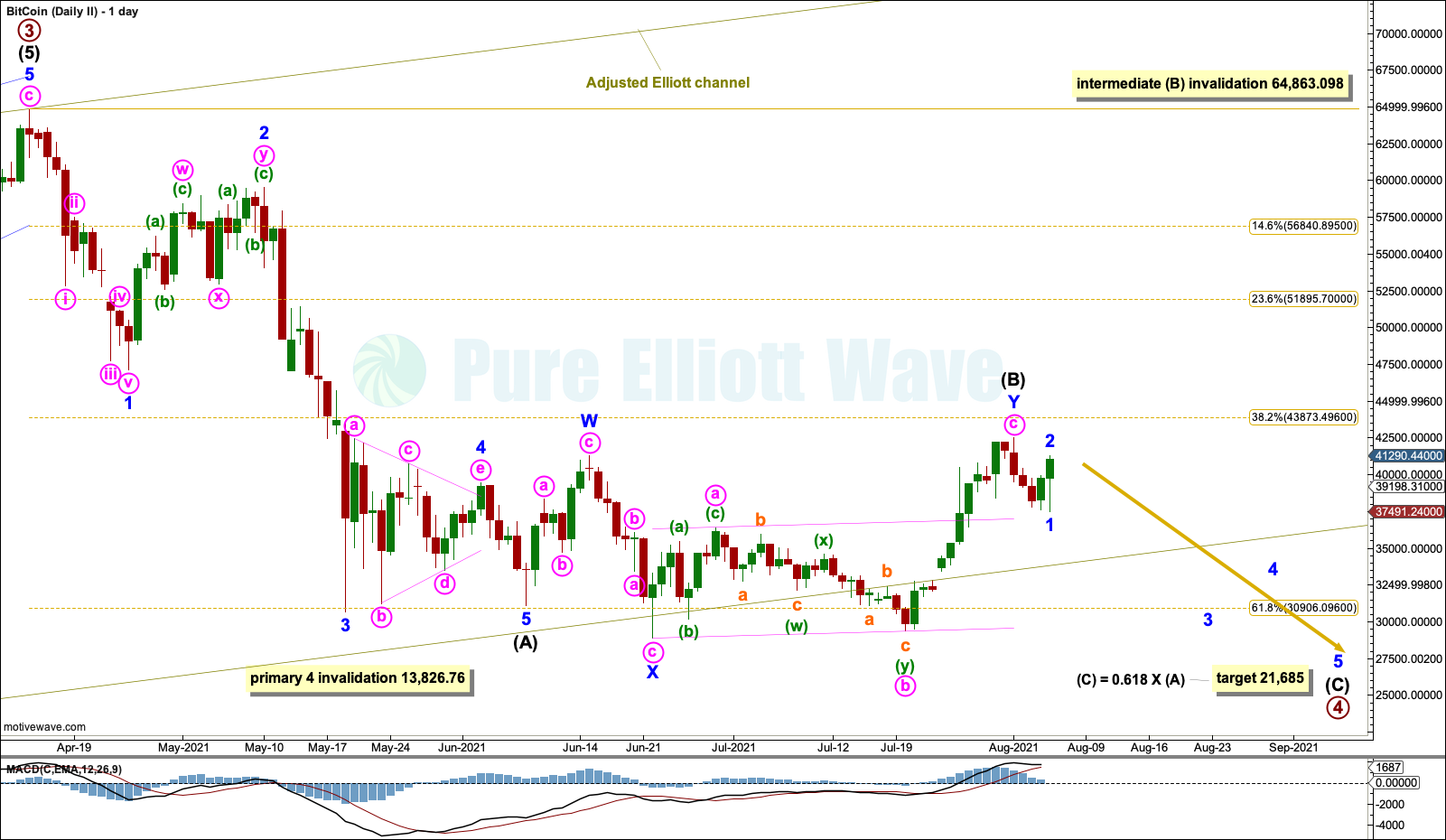 A target is calculated for intermediate wave (C) to end. 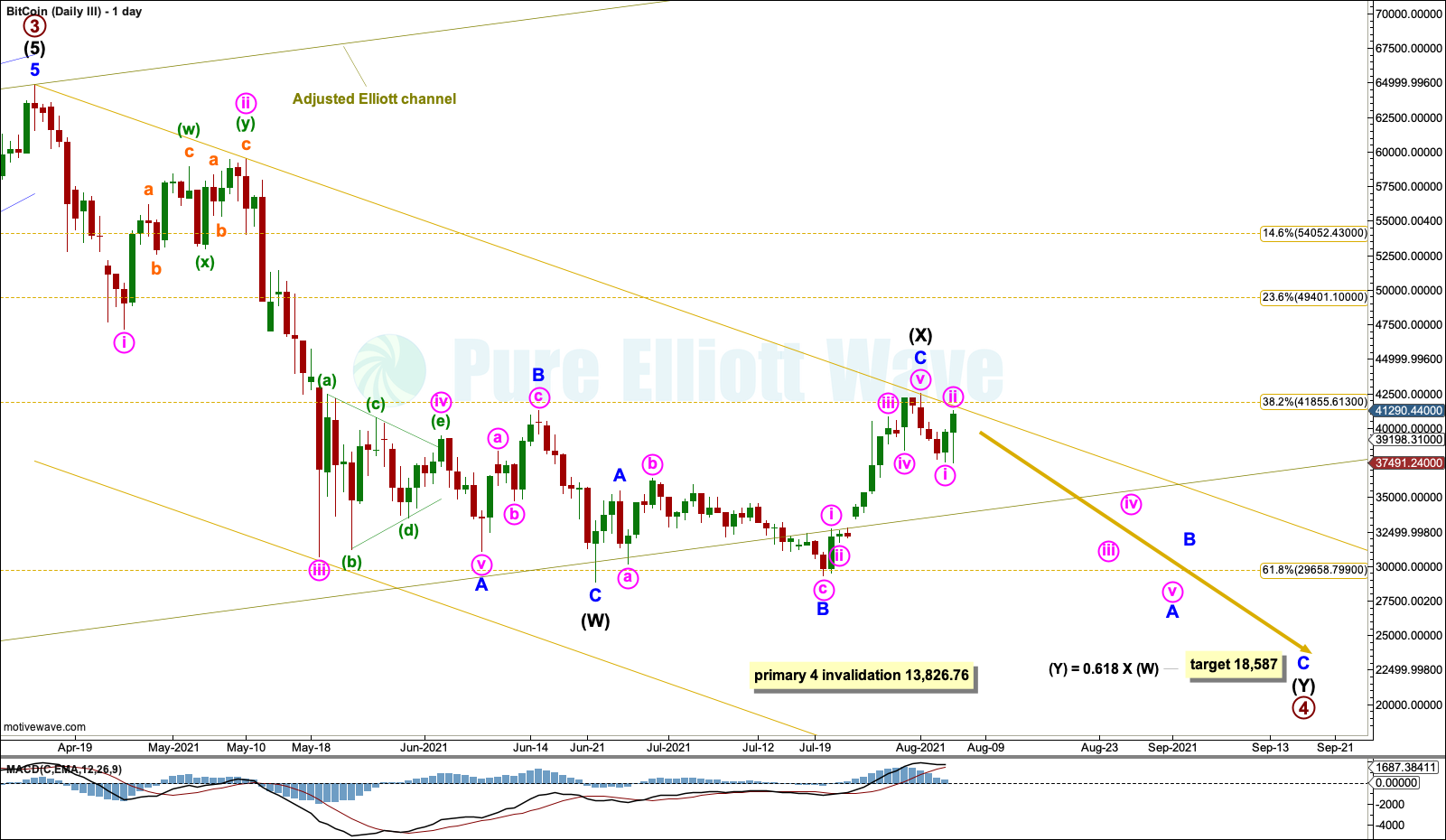 It is also possible that primary wave 4 may subdivide as a double zigzag. A target is calculated for intermediate wave (Y) to end. 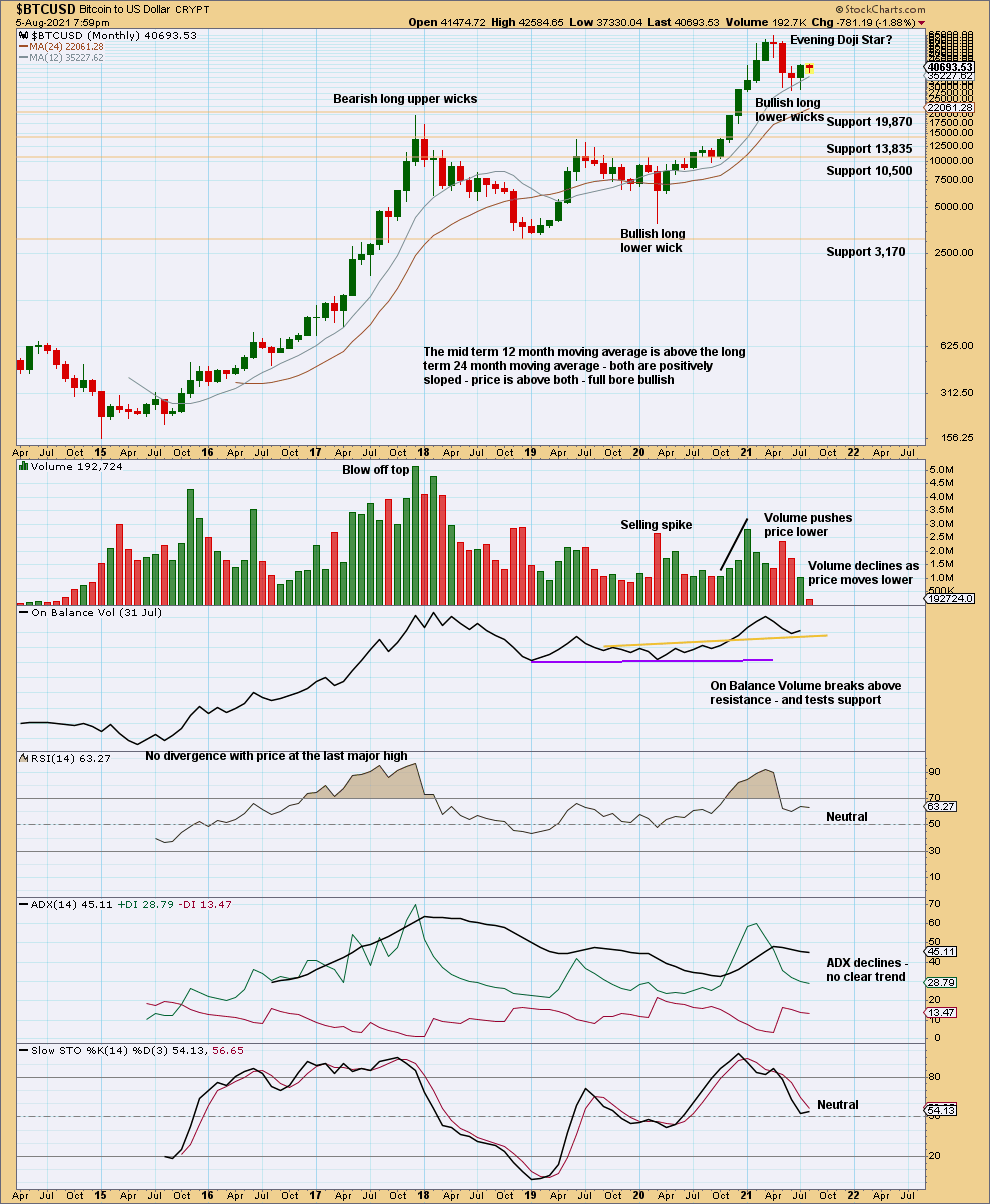 Bullish long lower wicks and On Balance Volume at support suggest a floor of support may hold about 28,900. 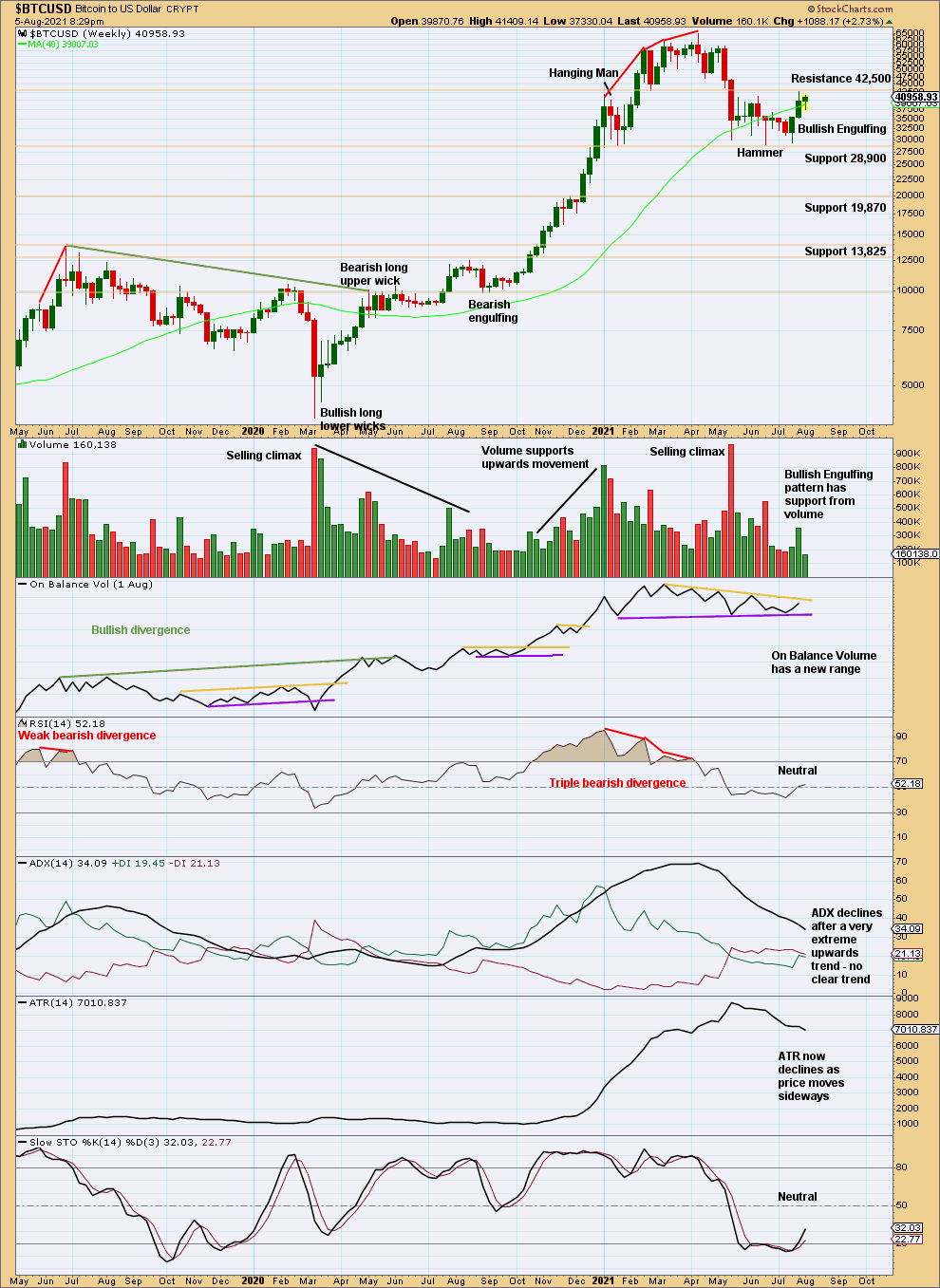 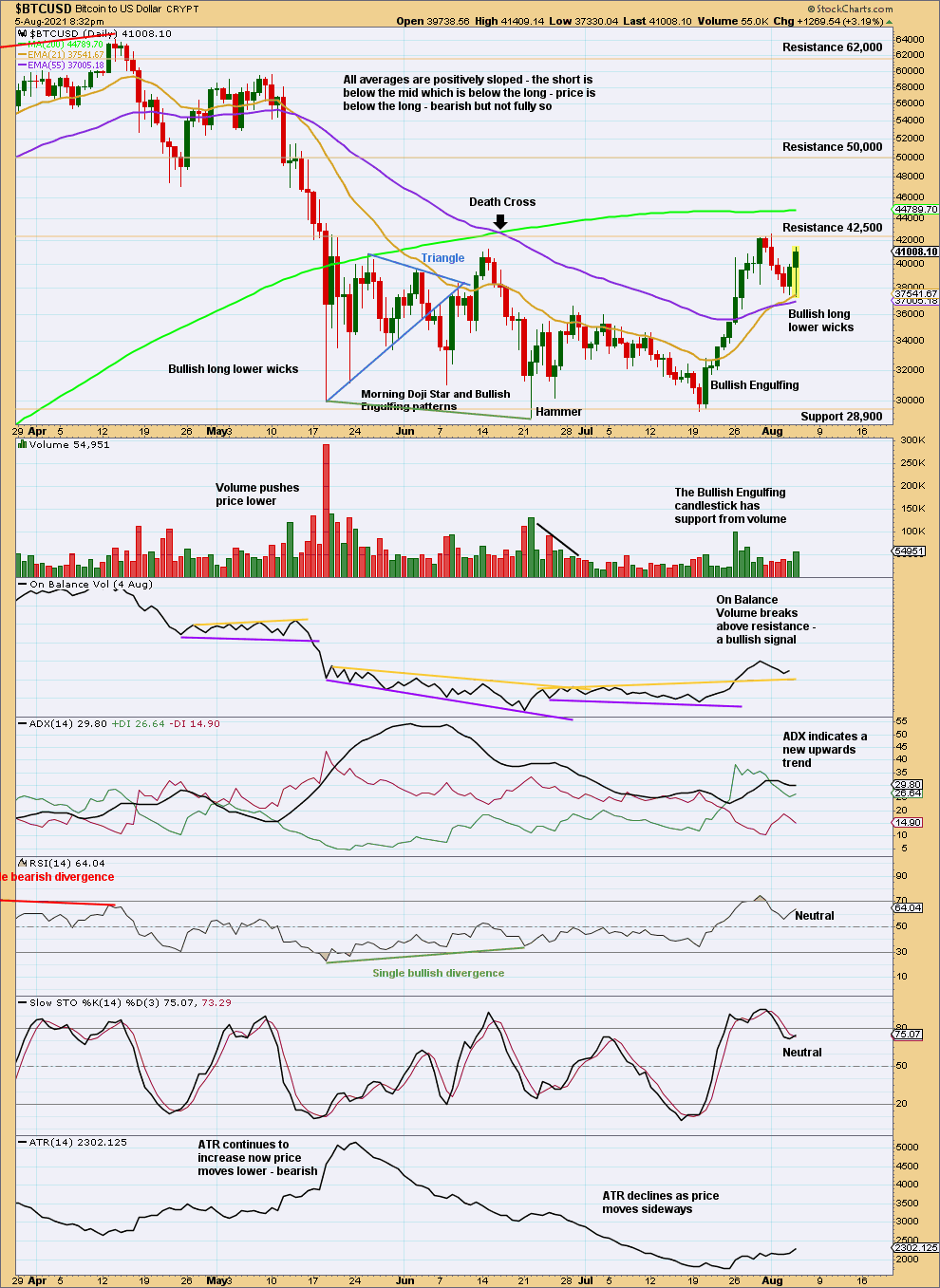 Bullish candlestick patterns appear at the last three lows, and long lower wicks appear at the first four. Support is strong about 28,900. Bullish divergence at the low of June 22, 2021, between price and RSI after RSI neared oversold, strongly suggests a low may be in for Bitcoin.