Summary: Last analysis of February 1, 2022, expected downwards movement to continue. However, it was acknowledged that view could be wrong and determined that a new high above 3,959.228 would indicate the next bull run should be underway.

Price remains below 3,959.228, but it has been moving higher. The main wave count expects the bull run to continue. An alternate allows the prior bear pullback to be deeper first; this has a lower probability. 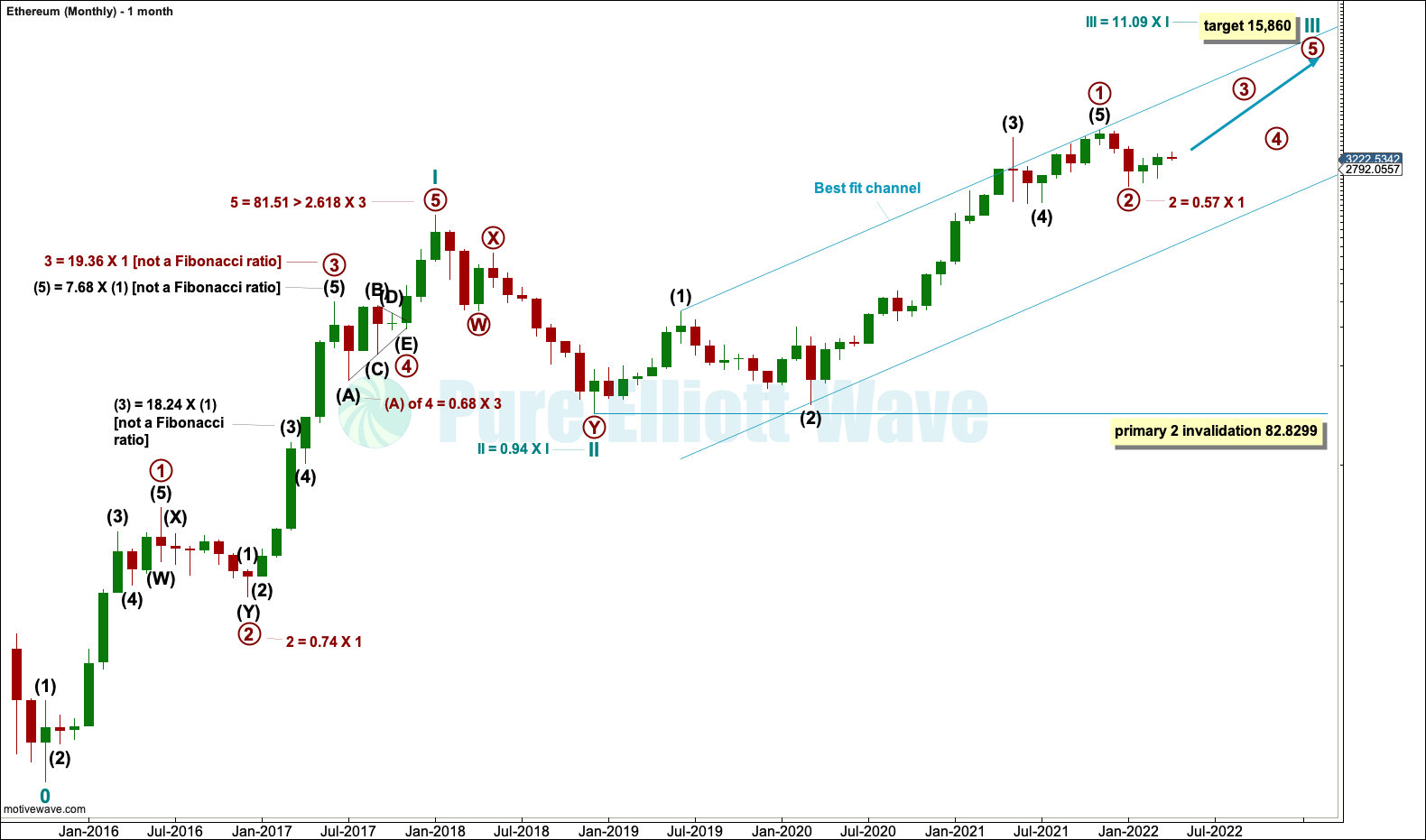 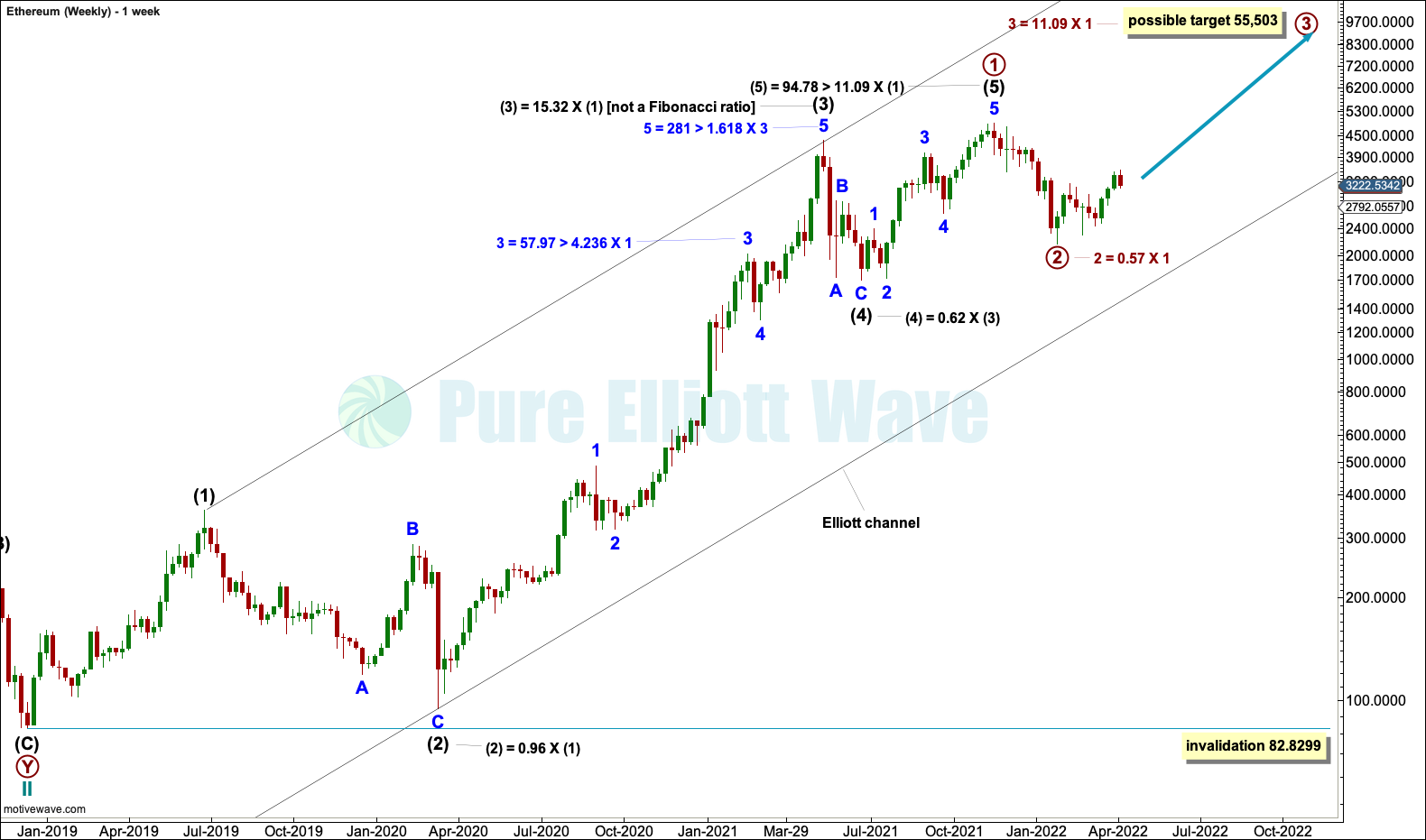 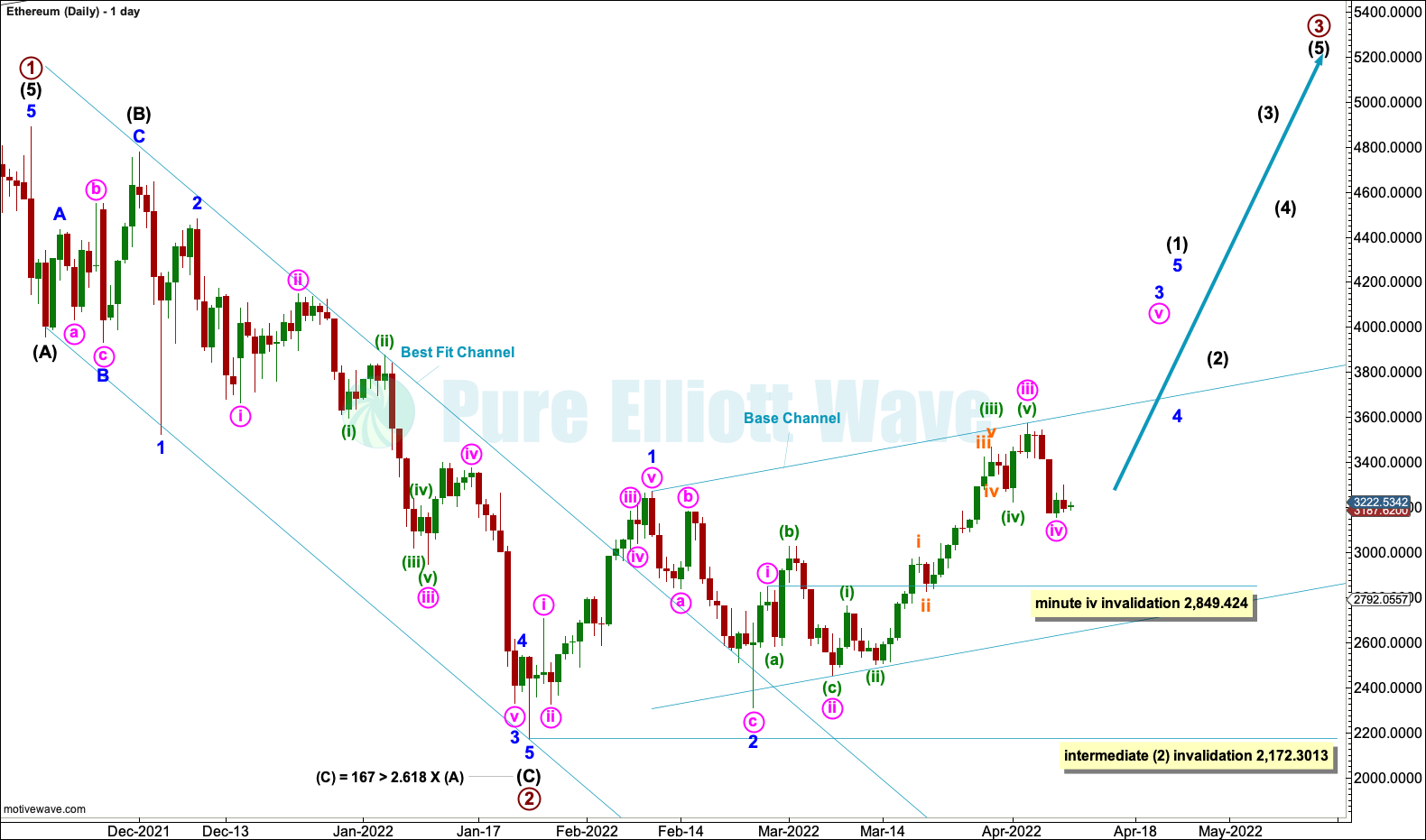 Intermediate wave (1) within primary wave 3 would most likely be incomplete.

Within intermediate wave (1): Minor waves 1 and 2 may be complete and minor wave 3 may be almost complete. 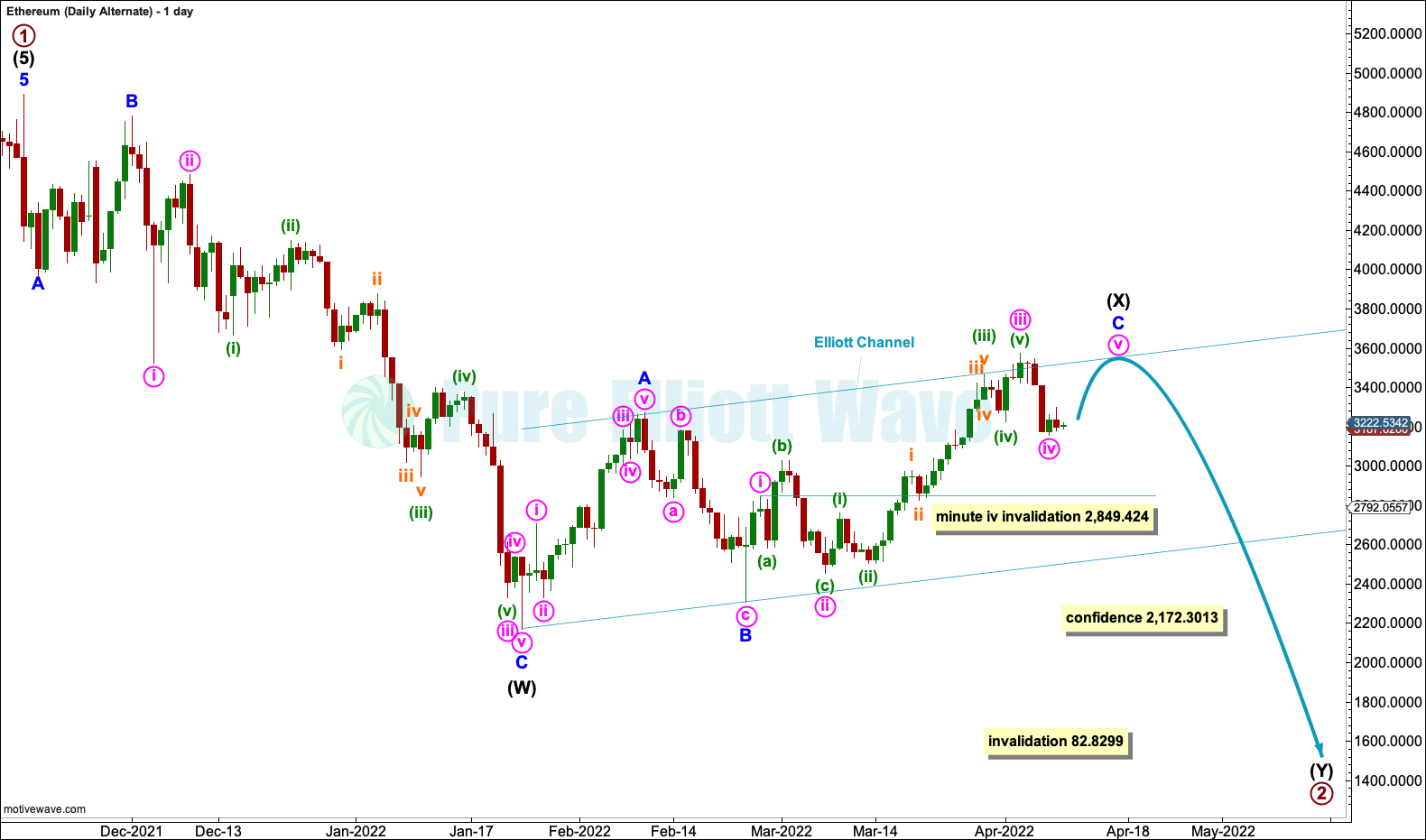 It is also possible that primary wave 2 may be incomplete and may continue lower as a double zigzag. The first zigzag in the double may be complete. A joining structure labelled intermediate wave (X) may be almost complete.

In Elliott wave terms the probability of this wave count is reduced by the duration of intermediate wave (X). X waves within multiple zigzags are most commonly relatively brief and shallow. This one is neither. 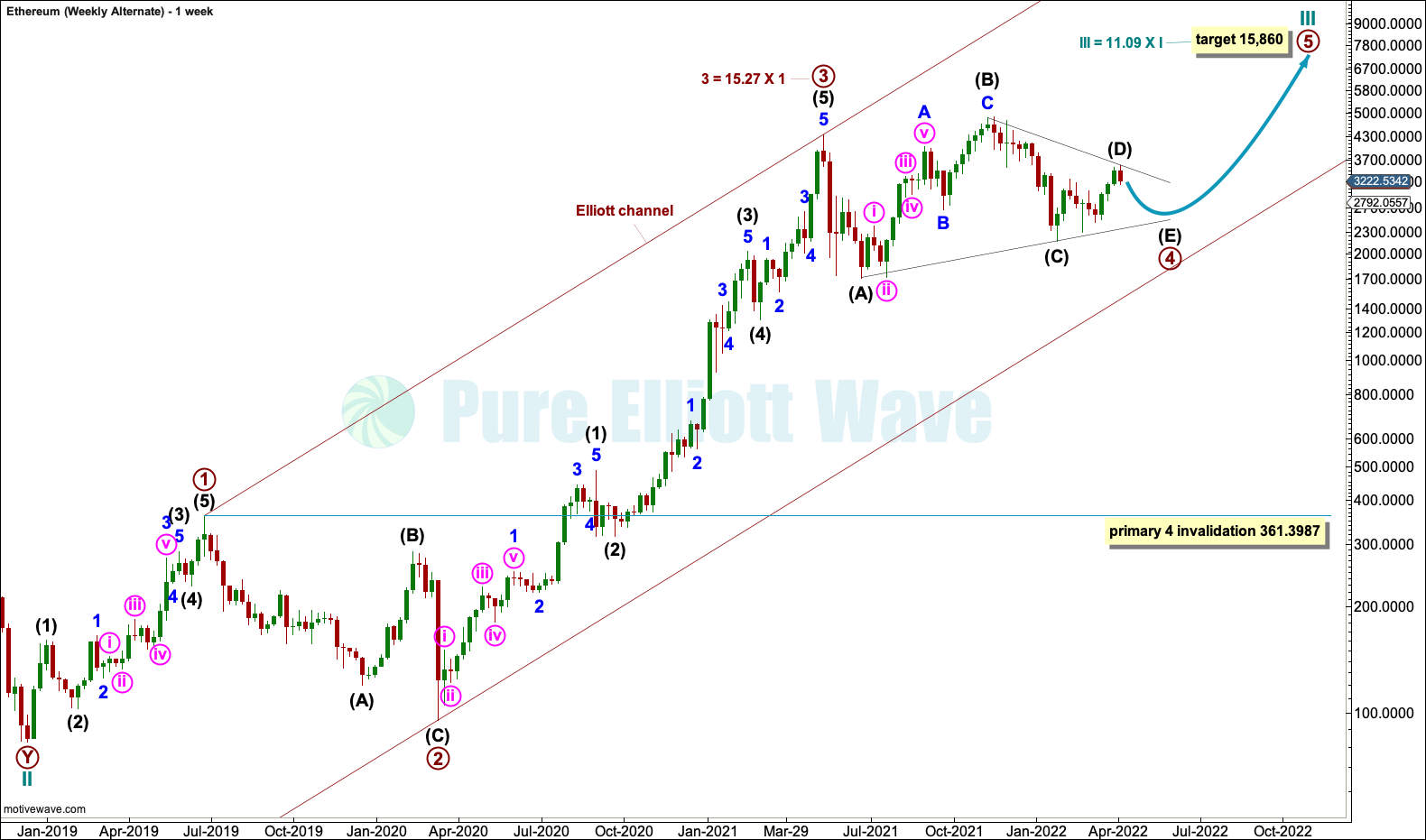 Within the impulse of cycle wave III:  Primary waves 1, 2 and 3 may be complete and primary wave 4 may continue sideways as a large triangle for a few more months. 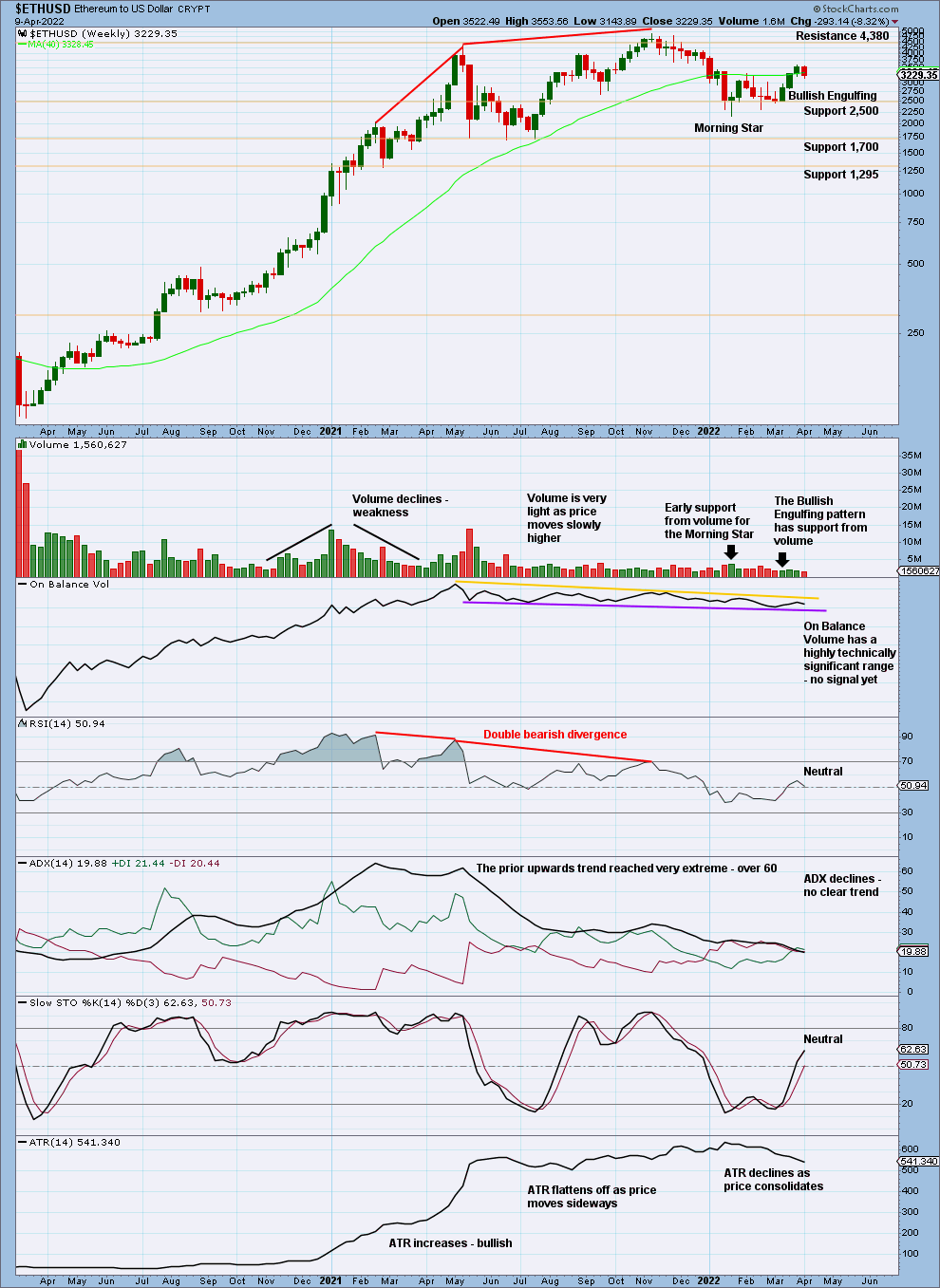 RSI exhibited strong double bearish divergence at the last major high for Ethereum. The question now is: Is the following pullback enough to relieve this bearishness and is it over?

To answer this question we need to see if there is strength off lows. At the last two lows for Ethereum, there are bullish candlestick patterns with a little support from volume, so it is possible that the next bull run has begun. 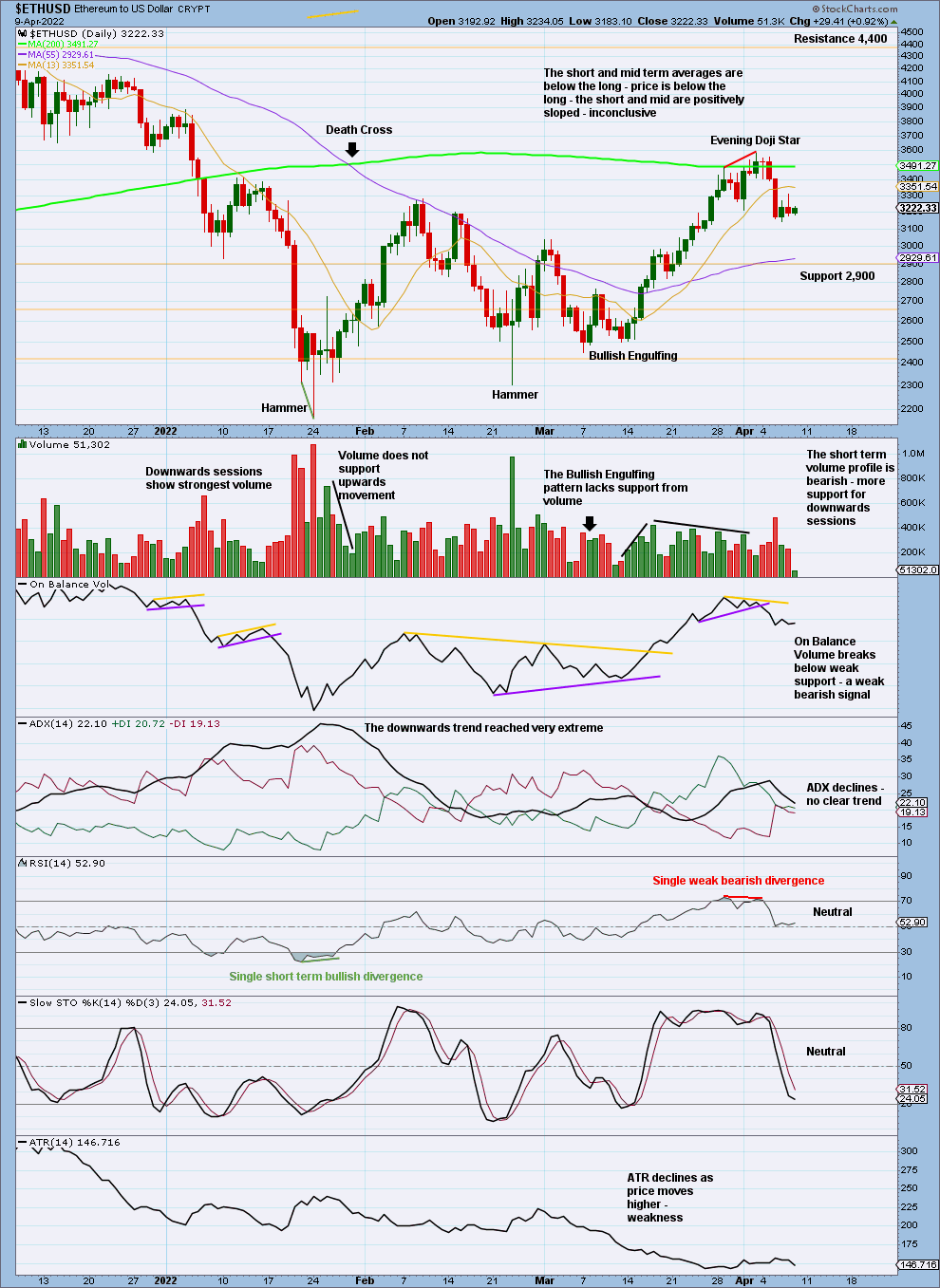 For the short term, bearish divergence between price and RSI, a bearish candlestick reversal pattern in an Evening Doji Star, and a short-term bearish volume profile all suggest more downwards movement here.