Last analysis of Ethereum on June 20, 2022, had a main wave count that expected upwards movement.

Summary: It is possible that a low may now be in place for Ethereum. A third wave at primary and cycle degrees may have just begun. Confidence may be had now with a breach of the channel on the main daily chart and a new high above 1,746.5098. Further very strong confidence would come if price makes a new high above 3,573.96.

A possible target for primary wave 3 is calculated at 54,226.

Alternatively, if price makes a new low below 896.109, then a target for support is calculated now at 860. 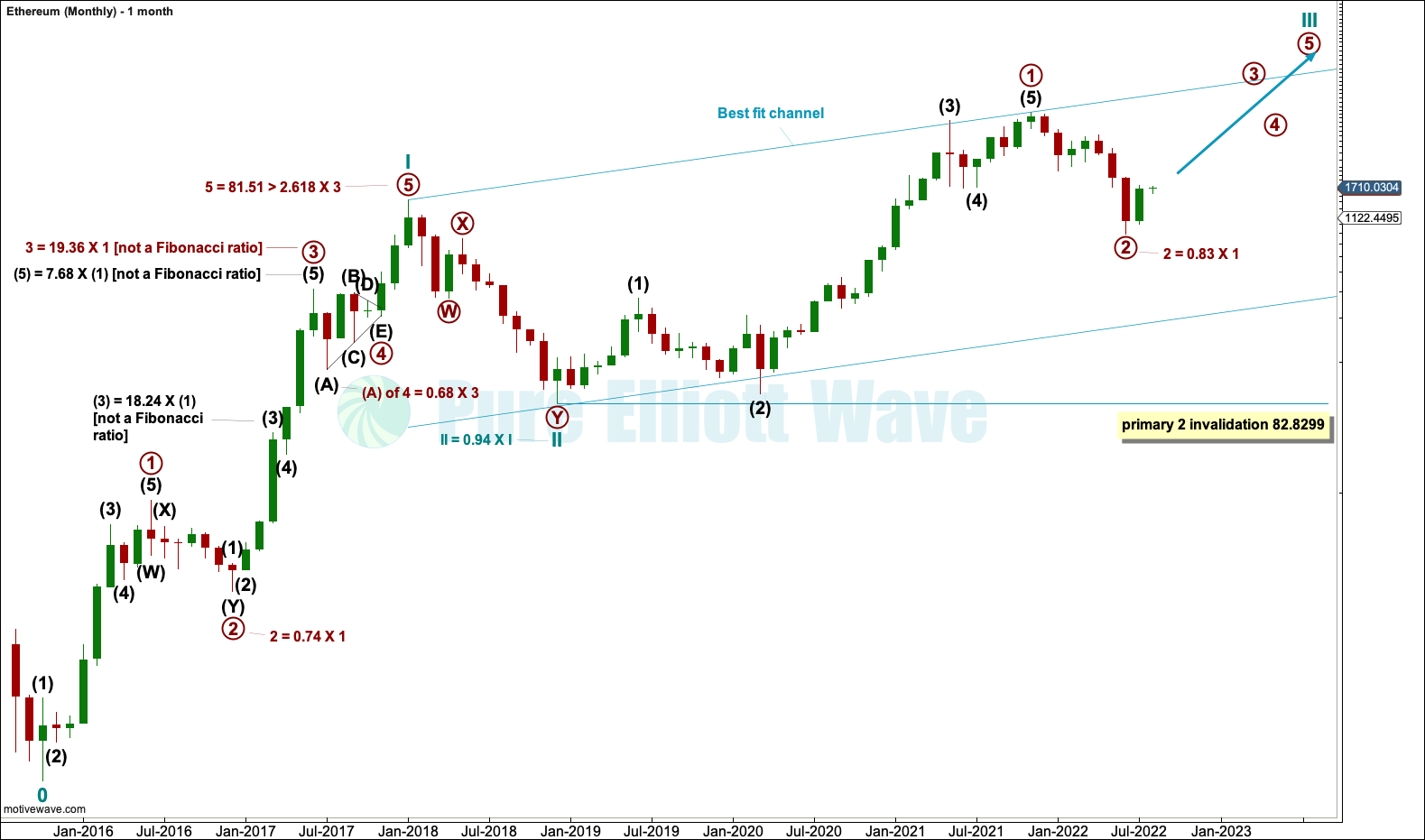 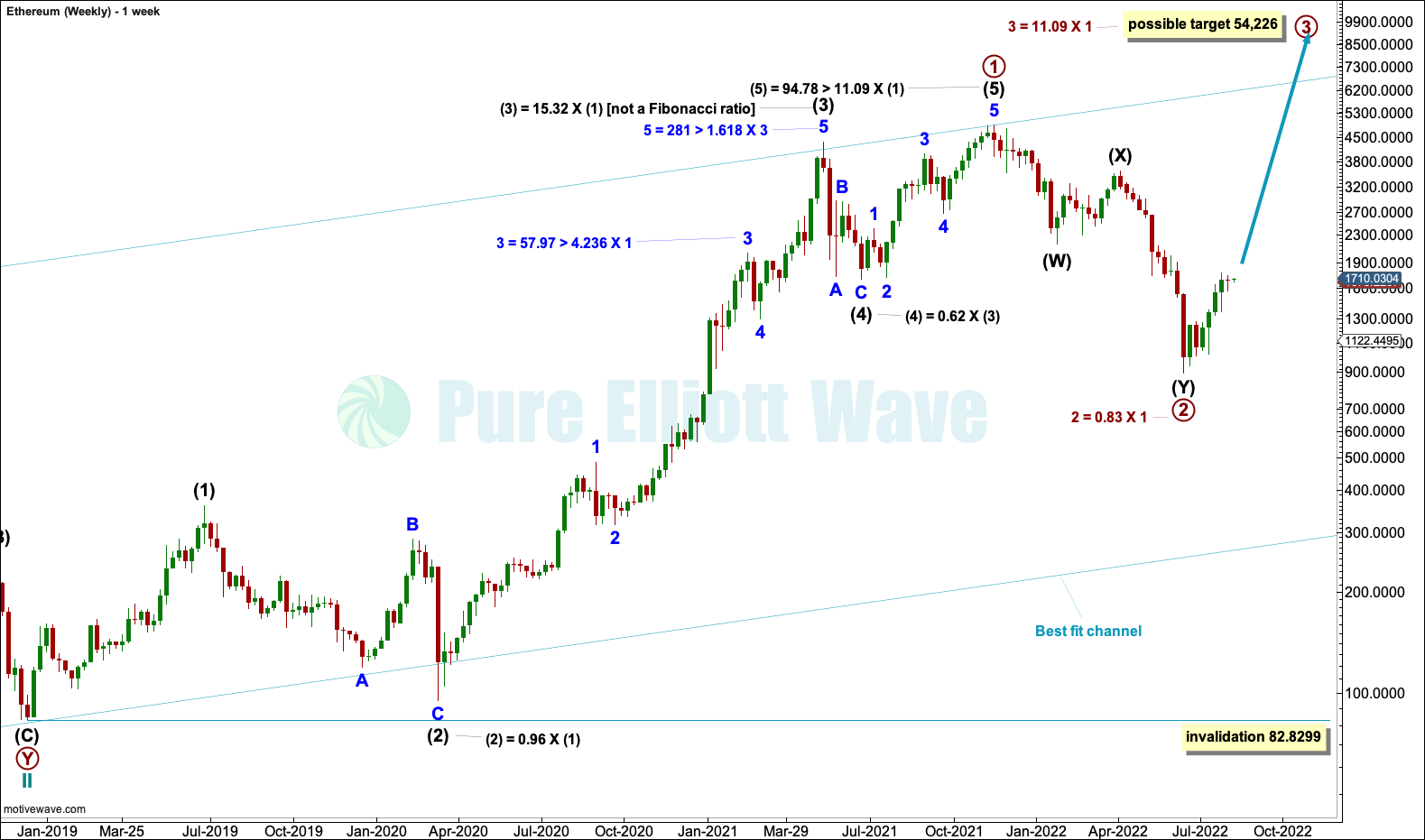 The structure of primary wave 1 may be complete. Primary wave 2 may be a complete double zigzag. The second zigzag labelled intermediate wave (Y) is analysed on daily charts below. 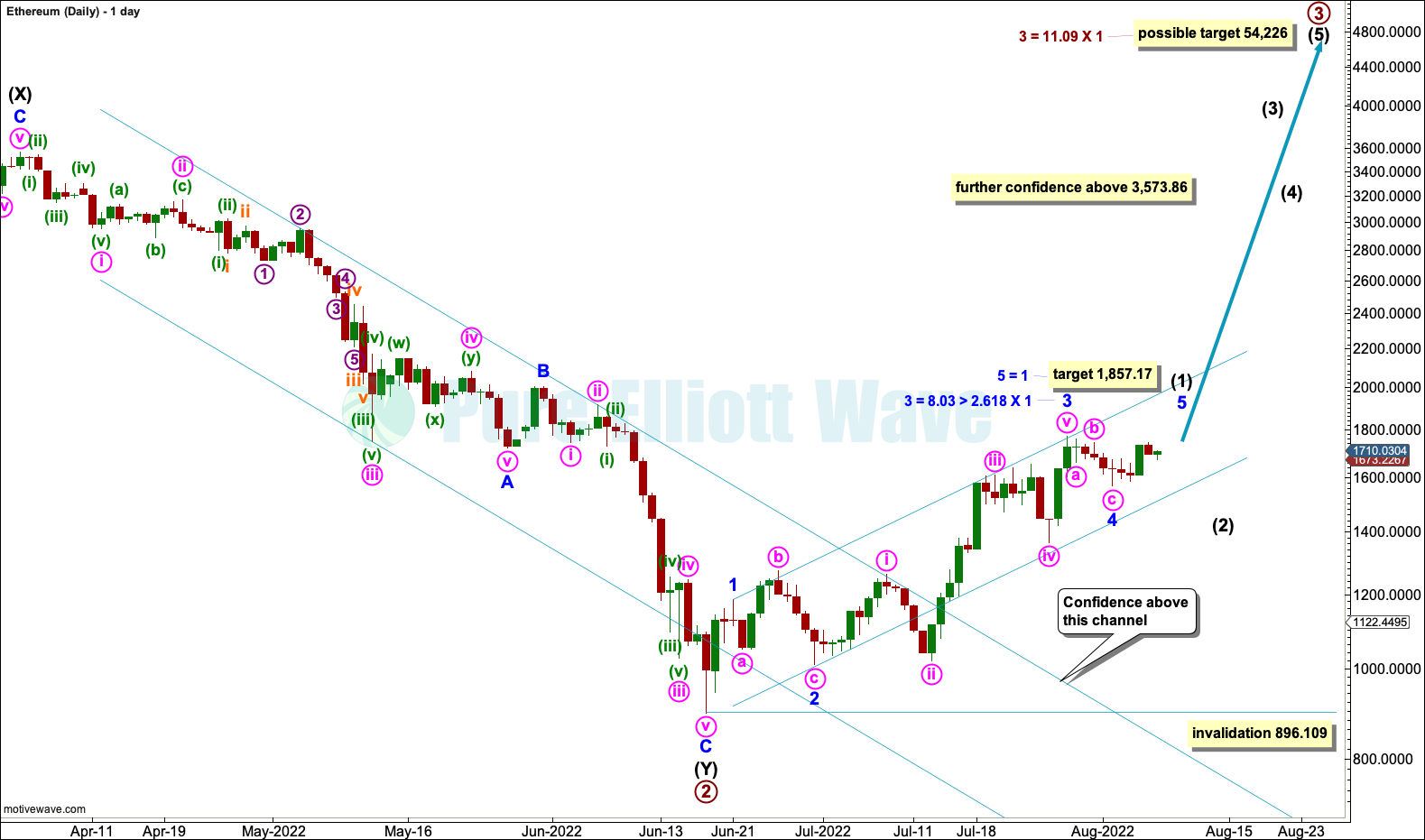 It is possible that intermediate wave (Y) may be complete.

This wave count is new. 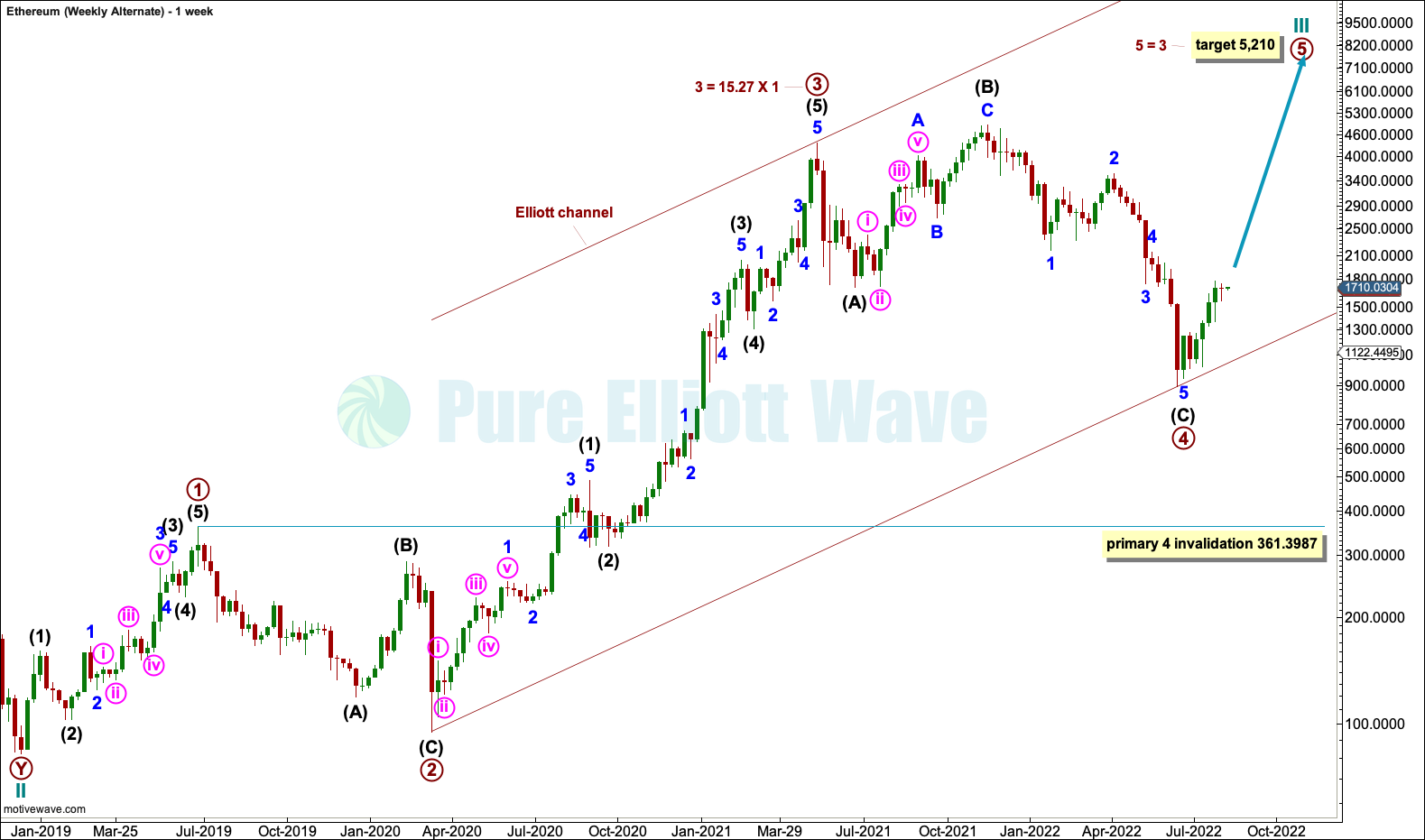 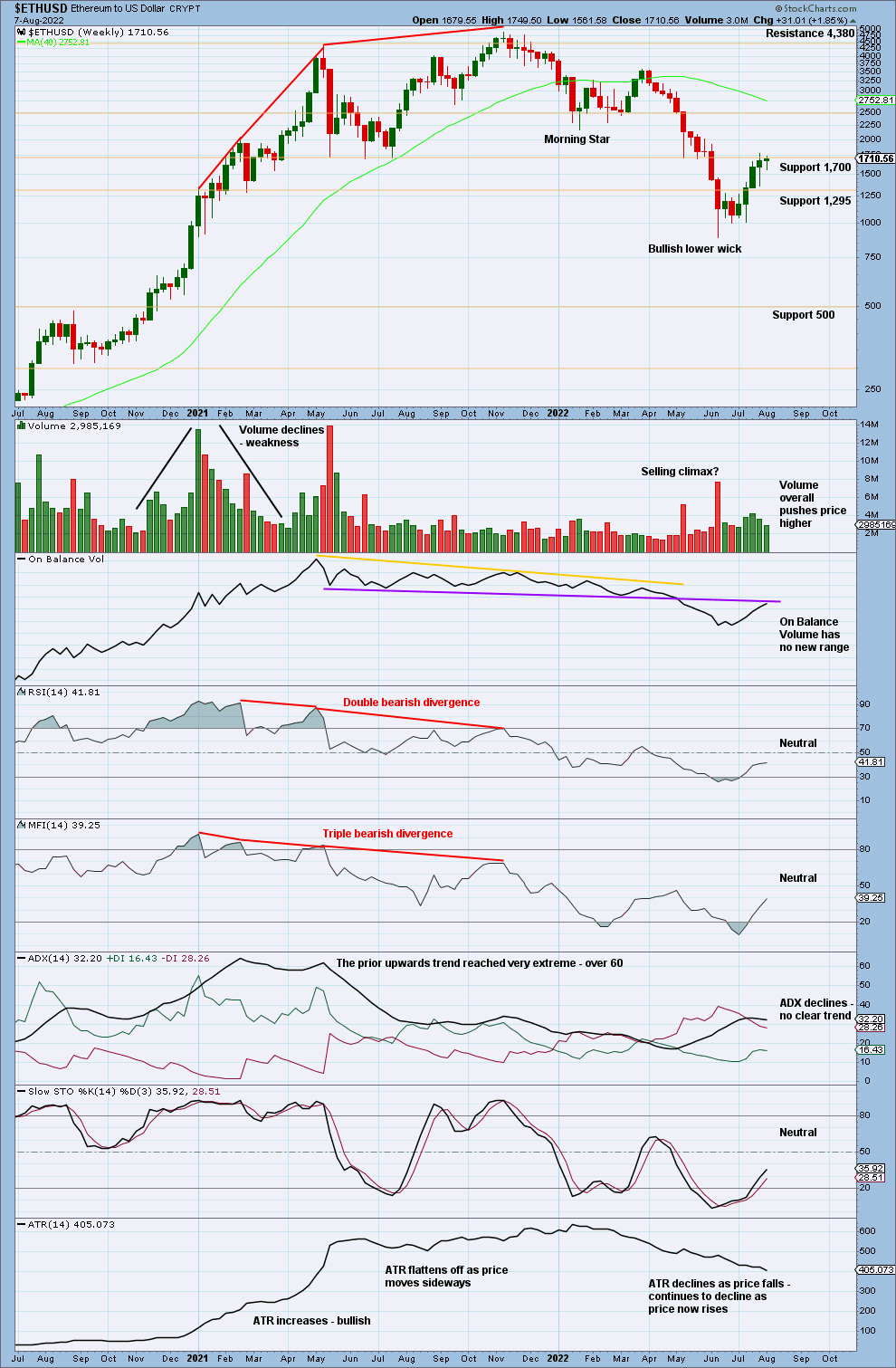 RSI reached oversold on the weekly chart at the last low. This has only happened once before, in December 2018, which was a sustainable low.

Upwards movement now has some support from volume. 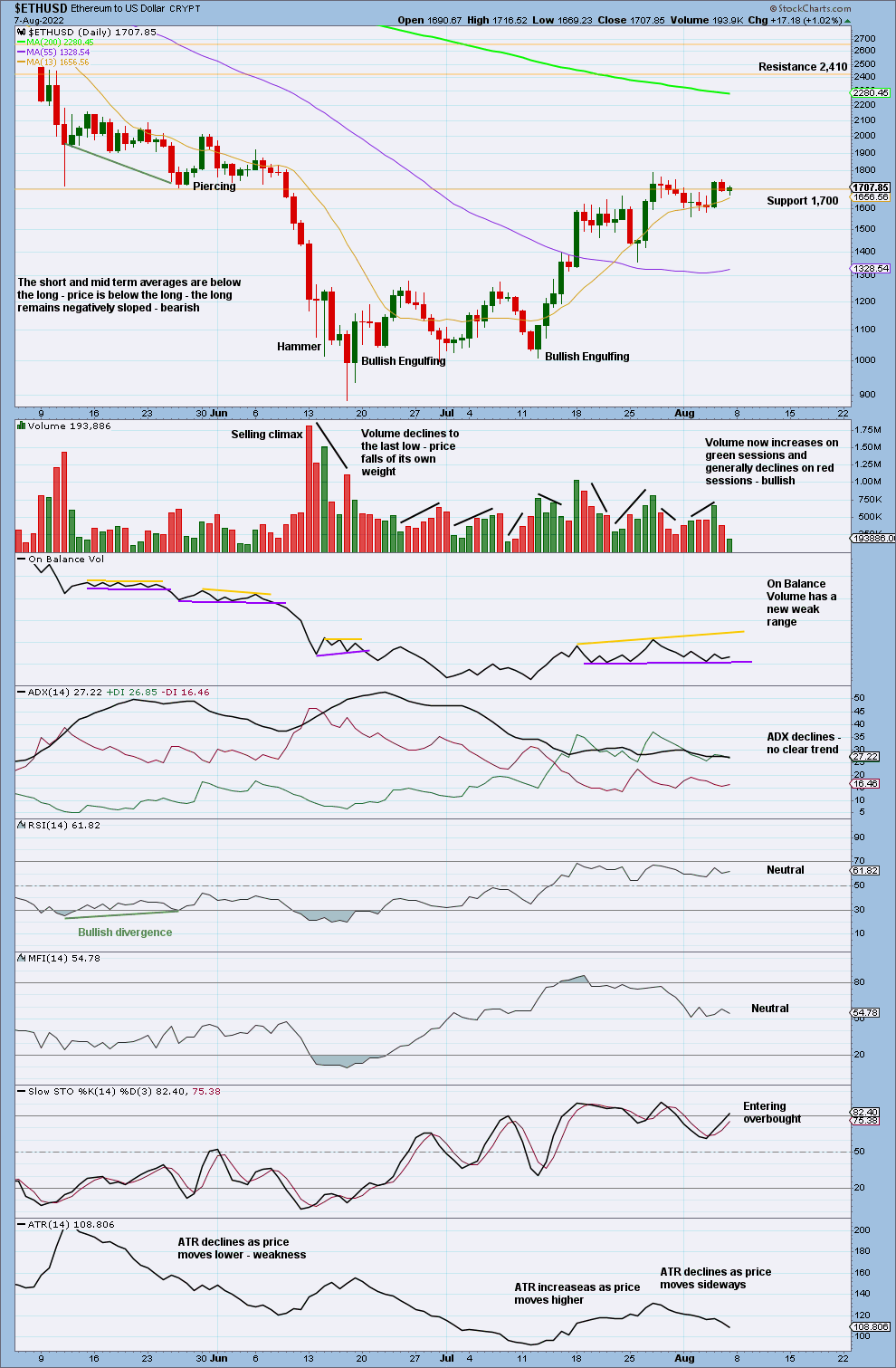