Last analysis of Ethereum on November 9, 2022, expected a little more downwards movement to a target at 1,105 before a trend change and the start of a new major bullish run. Price did move lower, reaching 1,074.40 (30.6 below the target), and has turned up from there.

A new high above 1,671.48 would indicate the next bullish run may be underway. 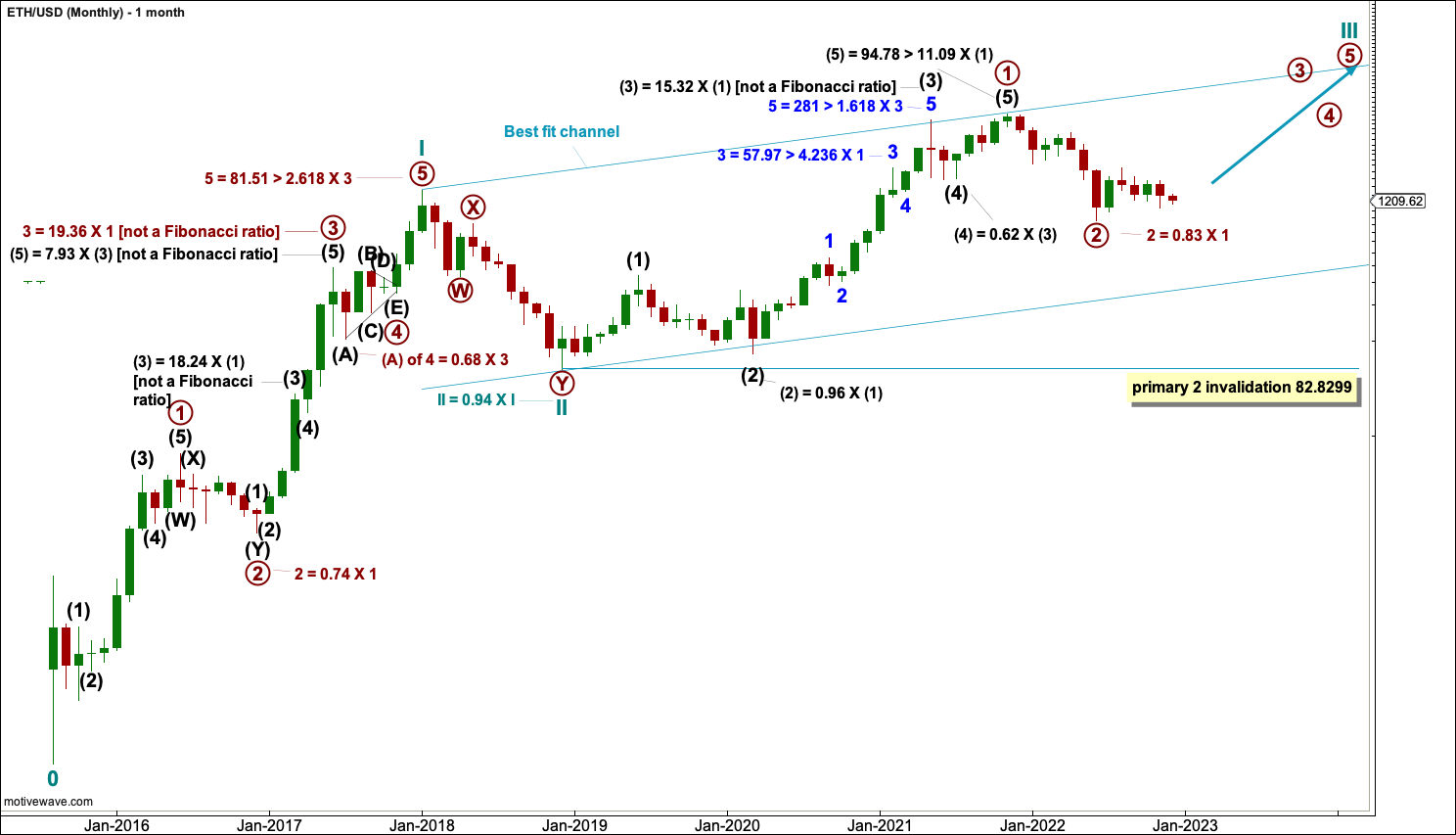 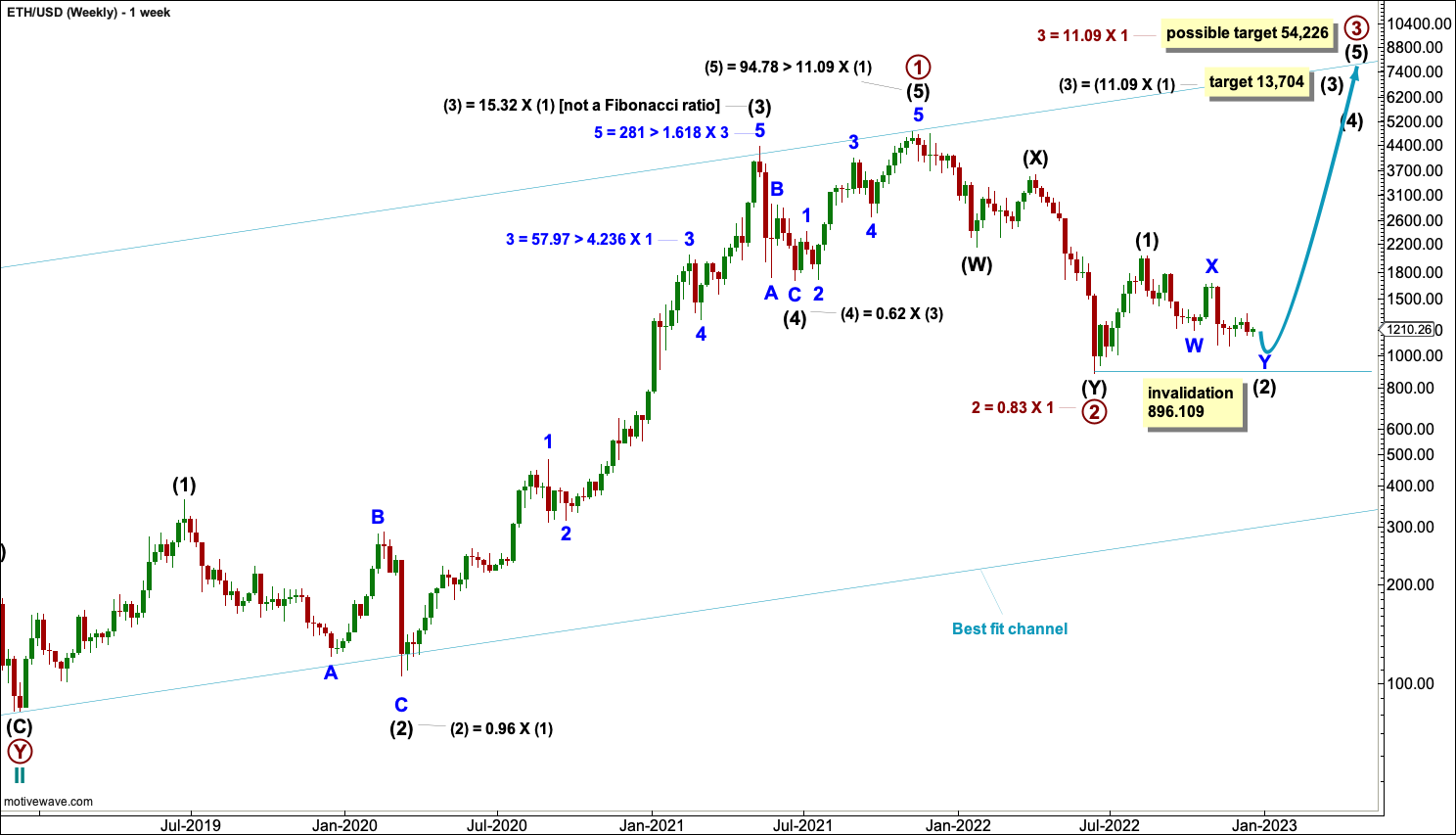 Ethereum sometimes exhibits Fibonacci ratios between its actionary waves. Within primary wave 1, the ratios are noted on the chart. 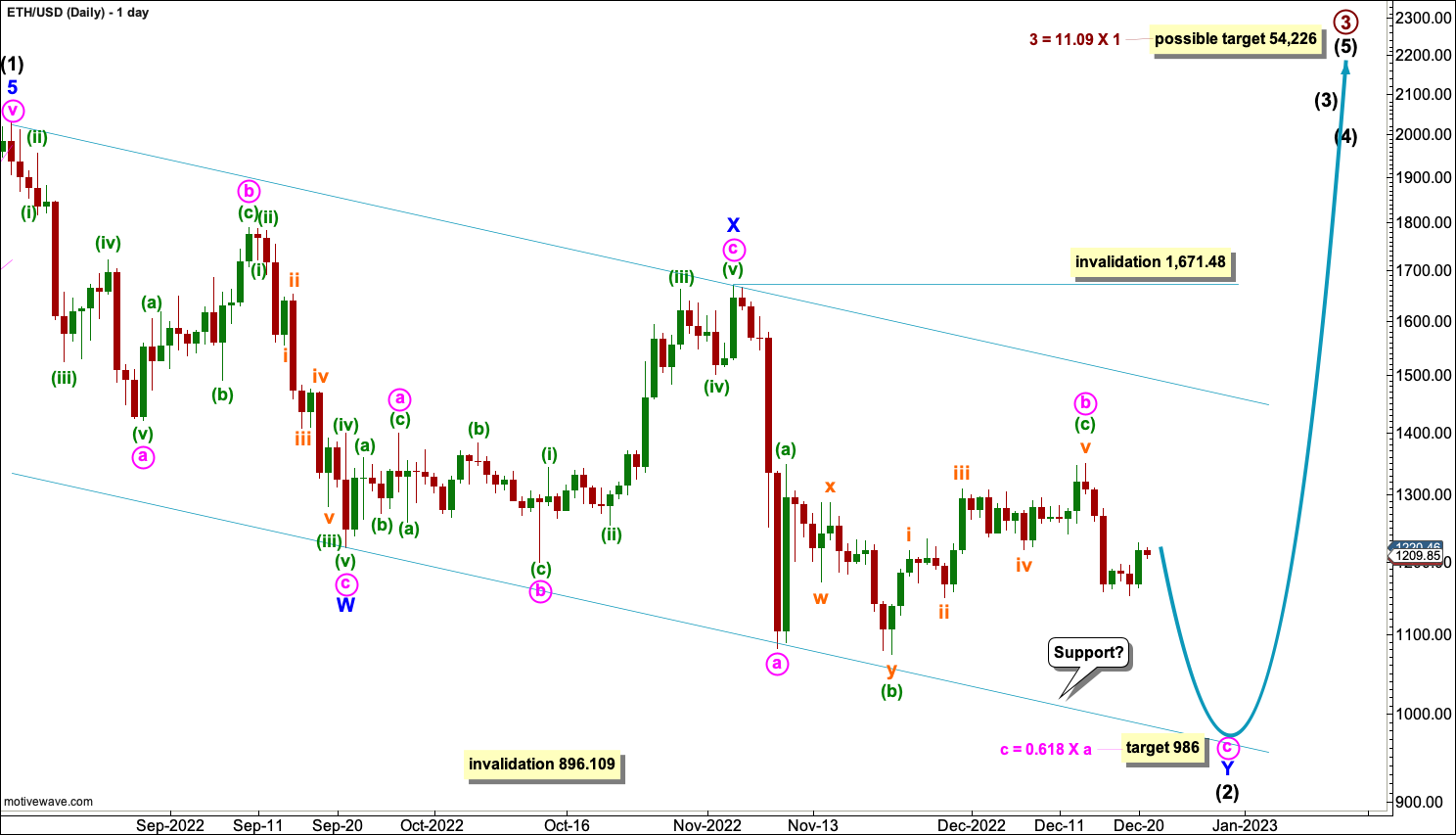 Intermediate wave (2) may be an incomplete double zigzag. 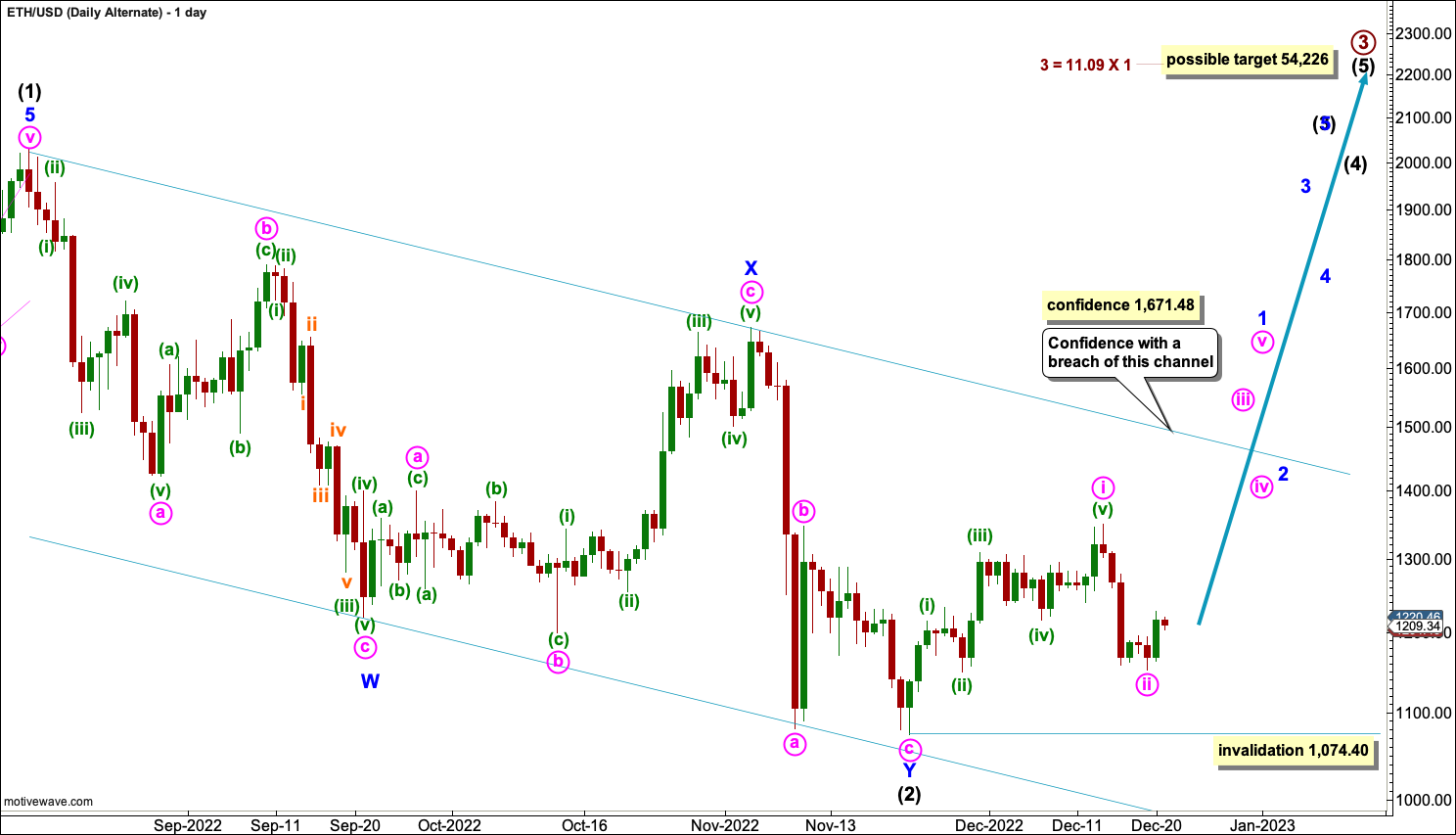 It is possible that intermediate wave (2) may be over, but this wave count lacks support from classic technical analysis. A breach of the channel would add confidence to this wave count. Thereafter, a new high above 1,671.48 would add further confidence. 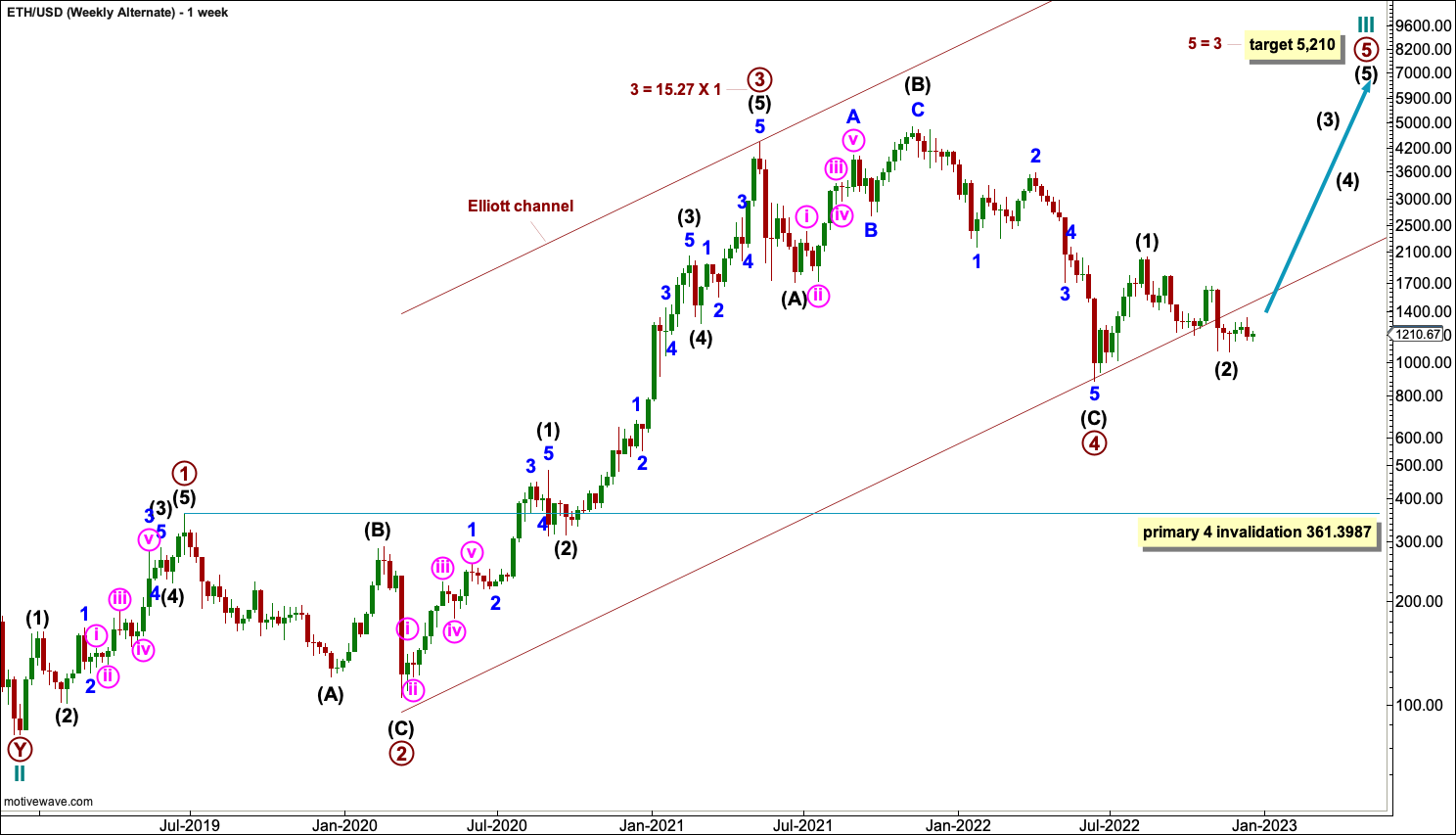 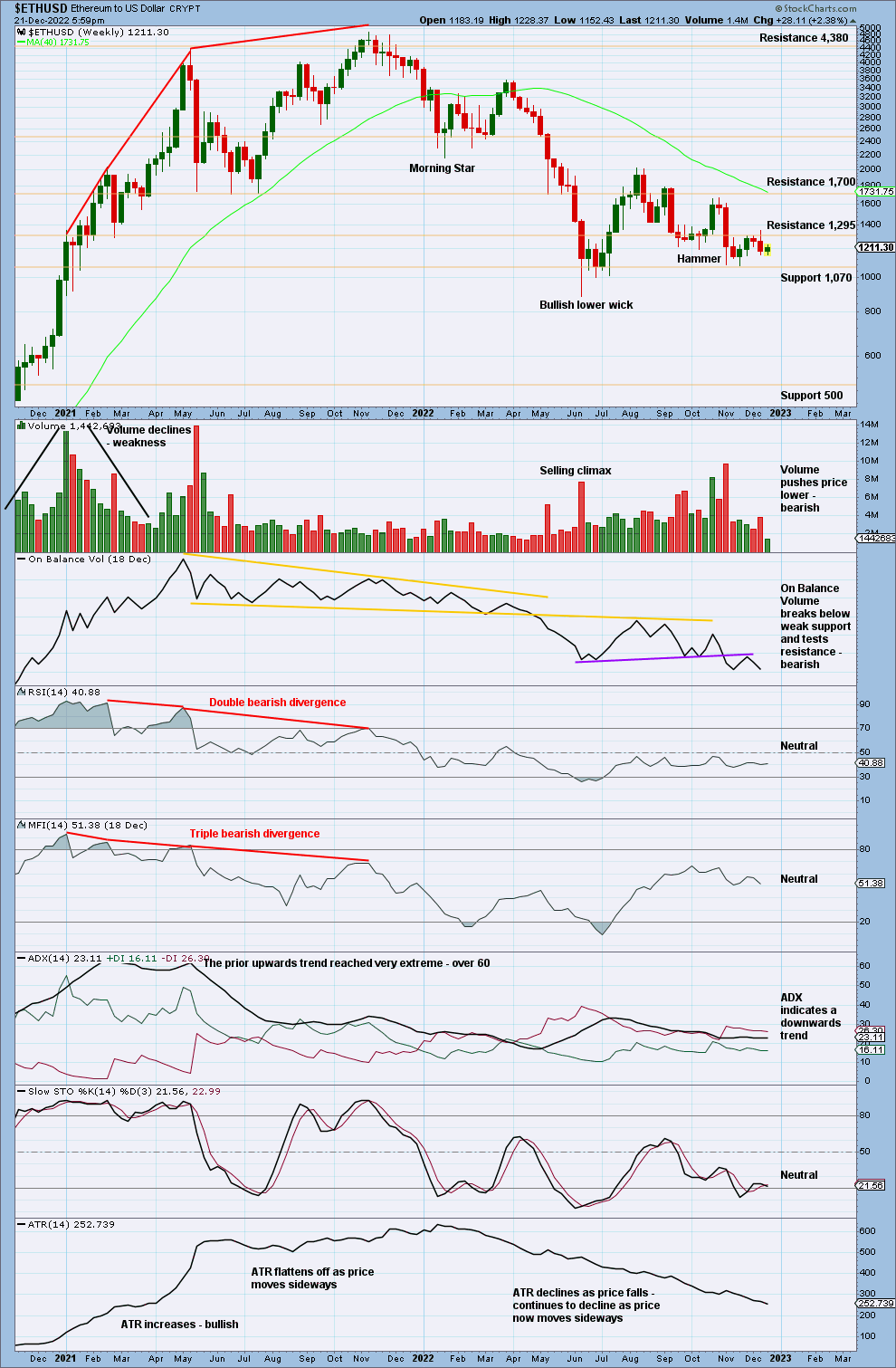 For the short term, there is no evidence that a sustainable low has formed for the week beginning November 21, 2022. 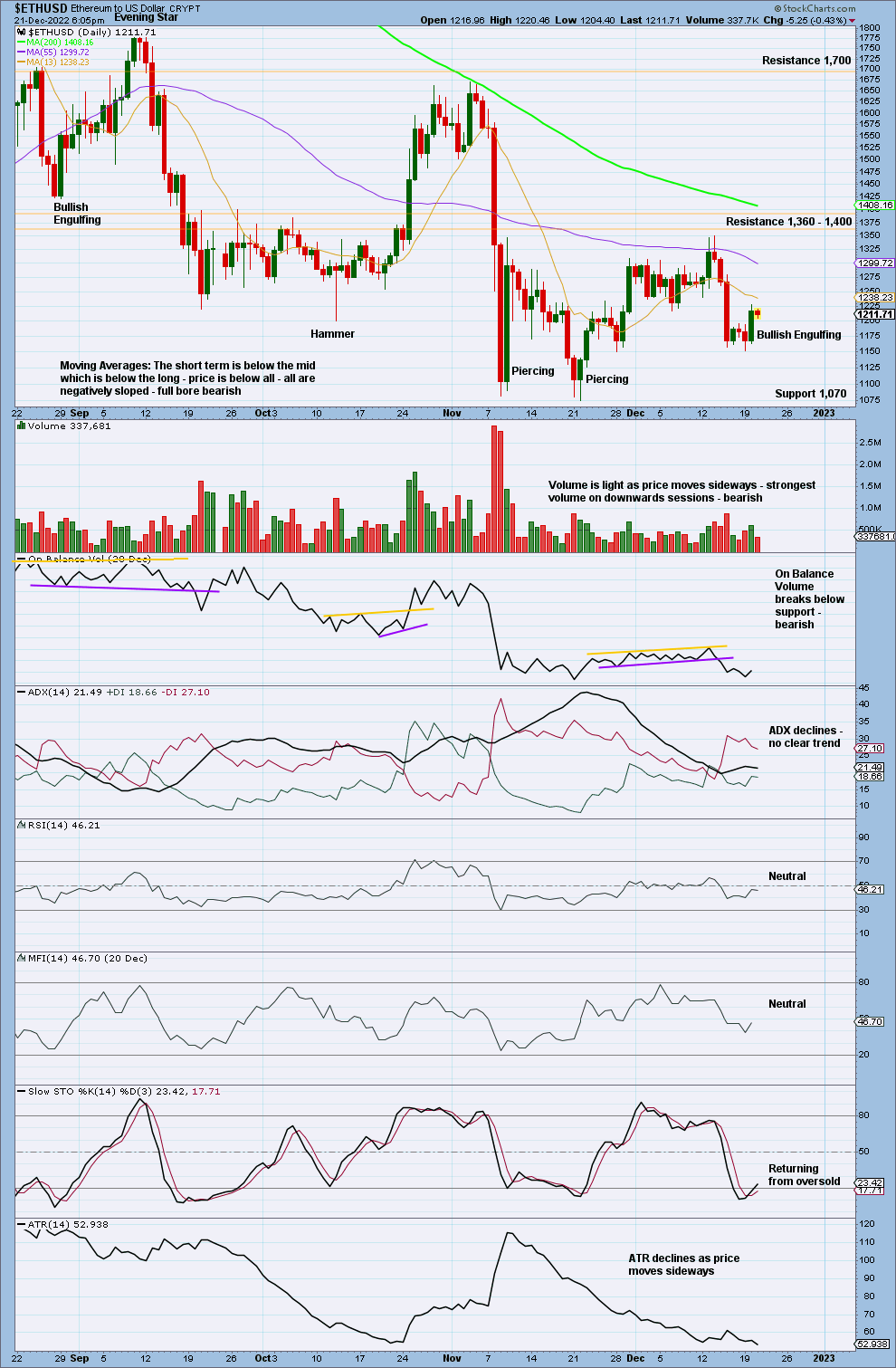 Yesterday’s Bullish Engulfing pattern does have support from volume.

The last two Piercing patterns lack support from volume. Price should show strength off the low for confidence that a sustained low has formed.

This chart is overall bearish.