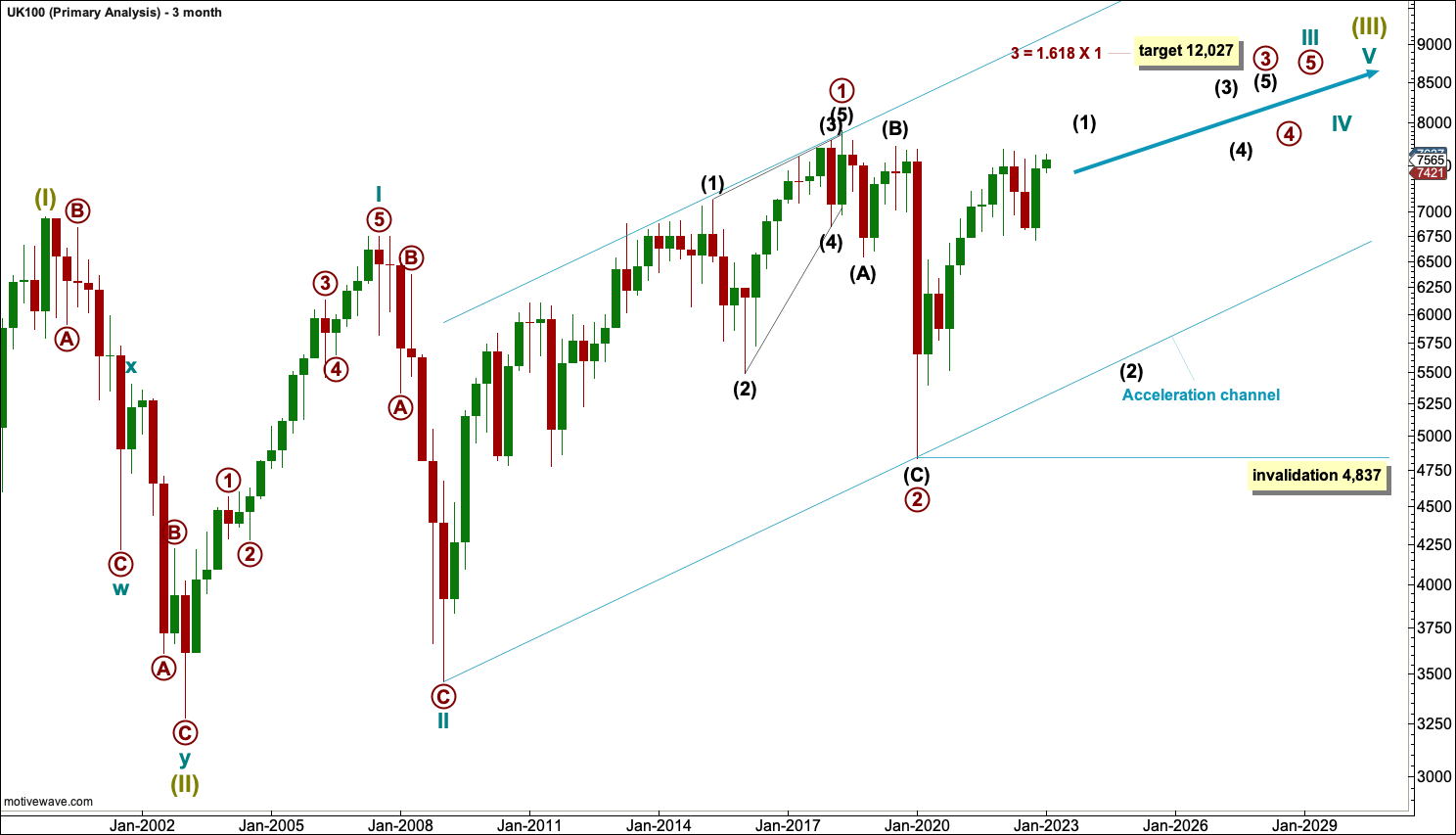 Within cycle wave III, primary waves 1 and 2 look likely to be complete. Primary wave 2 may have completed at the end of the Covid crash in January 2020.

The target is calculated using a common Fibonacci ratio for third waves. Primary wave 3 would reach 1.618 the length of primary wave 1 at 12,027. 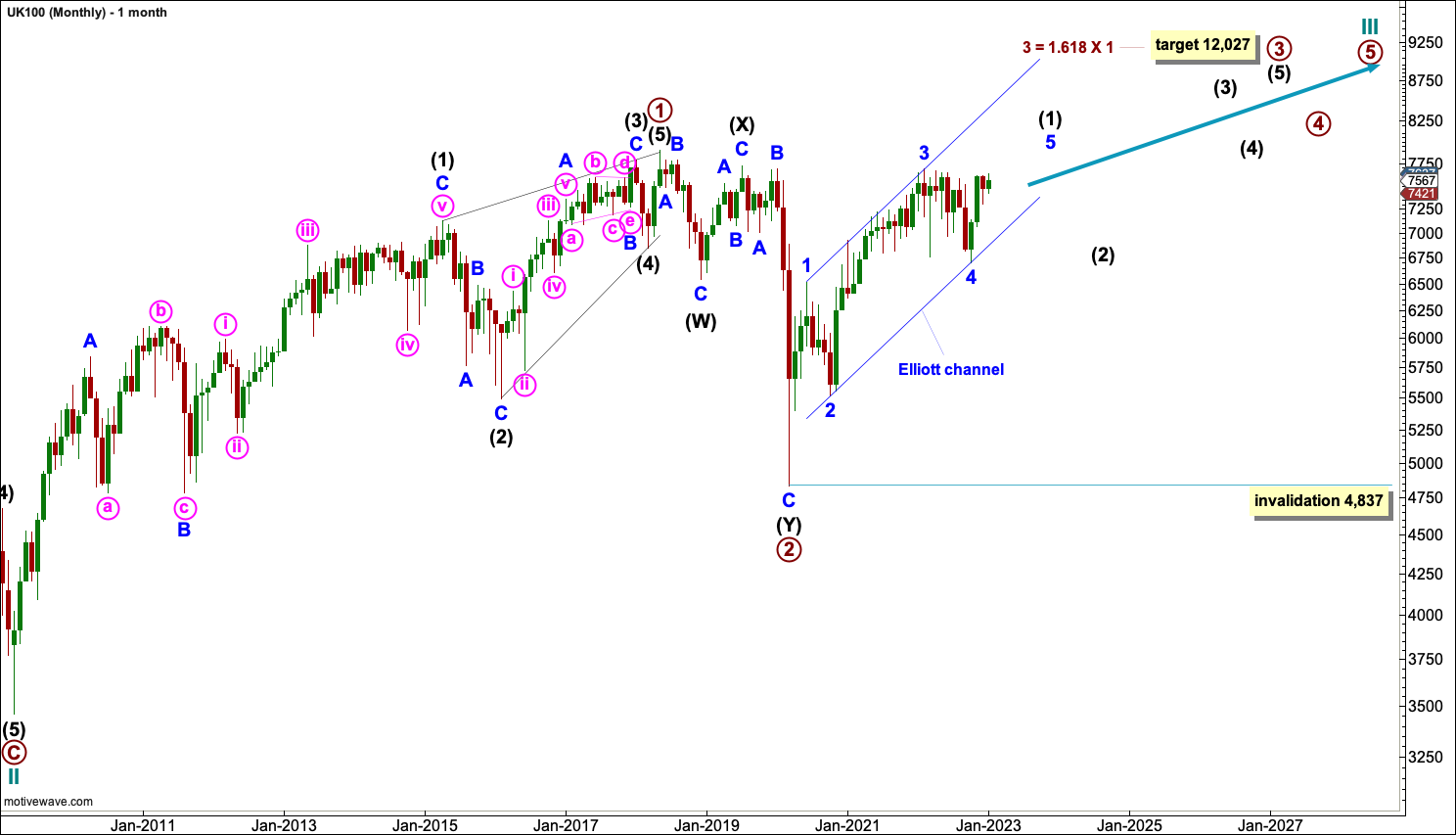 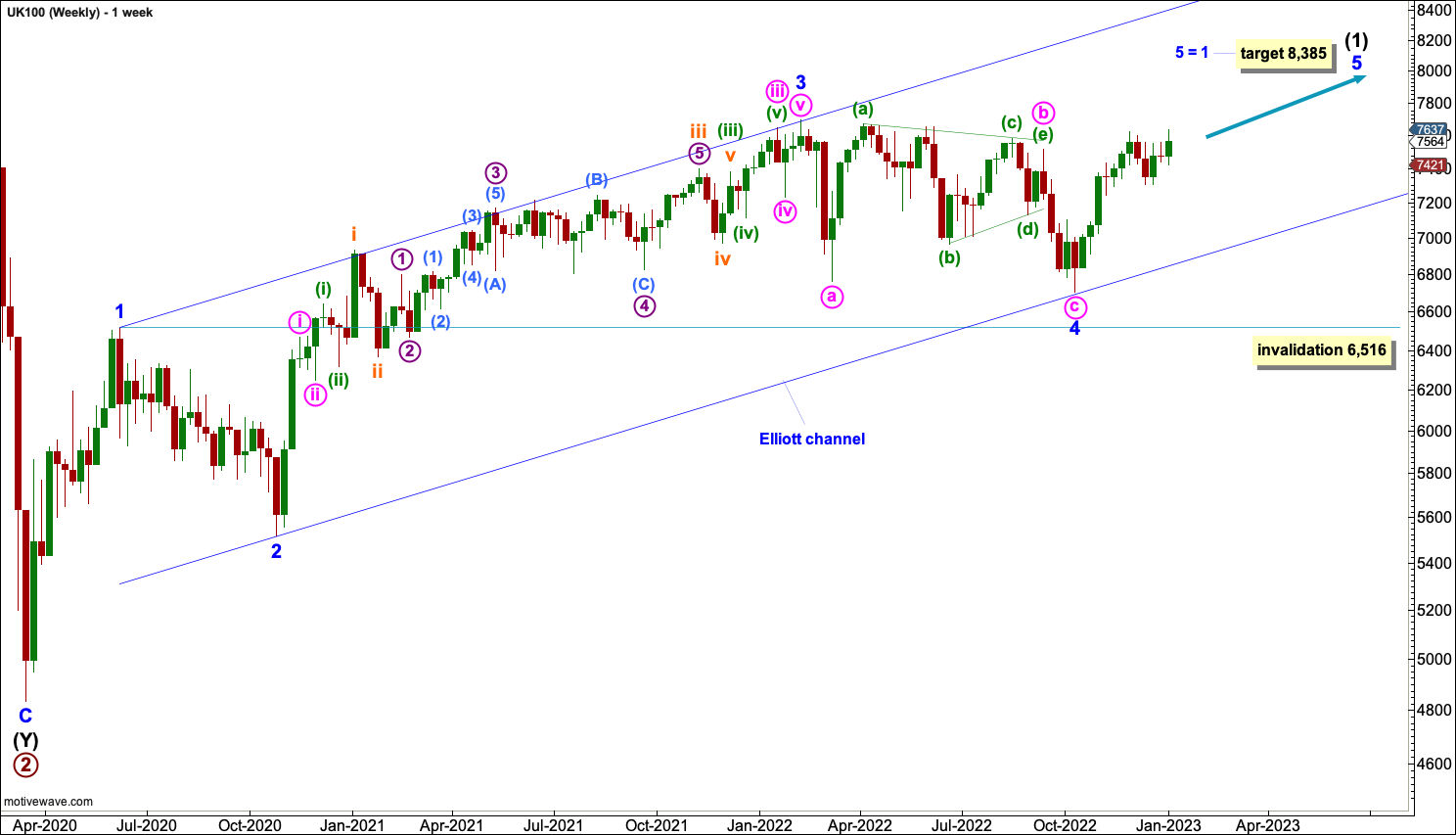 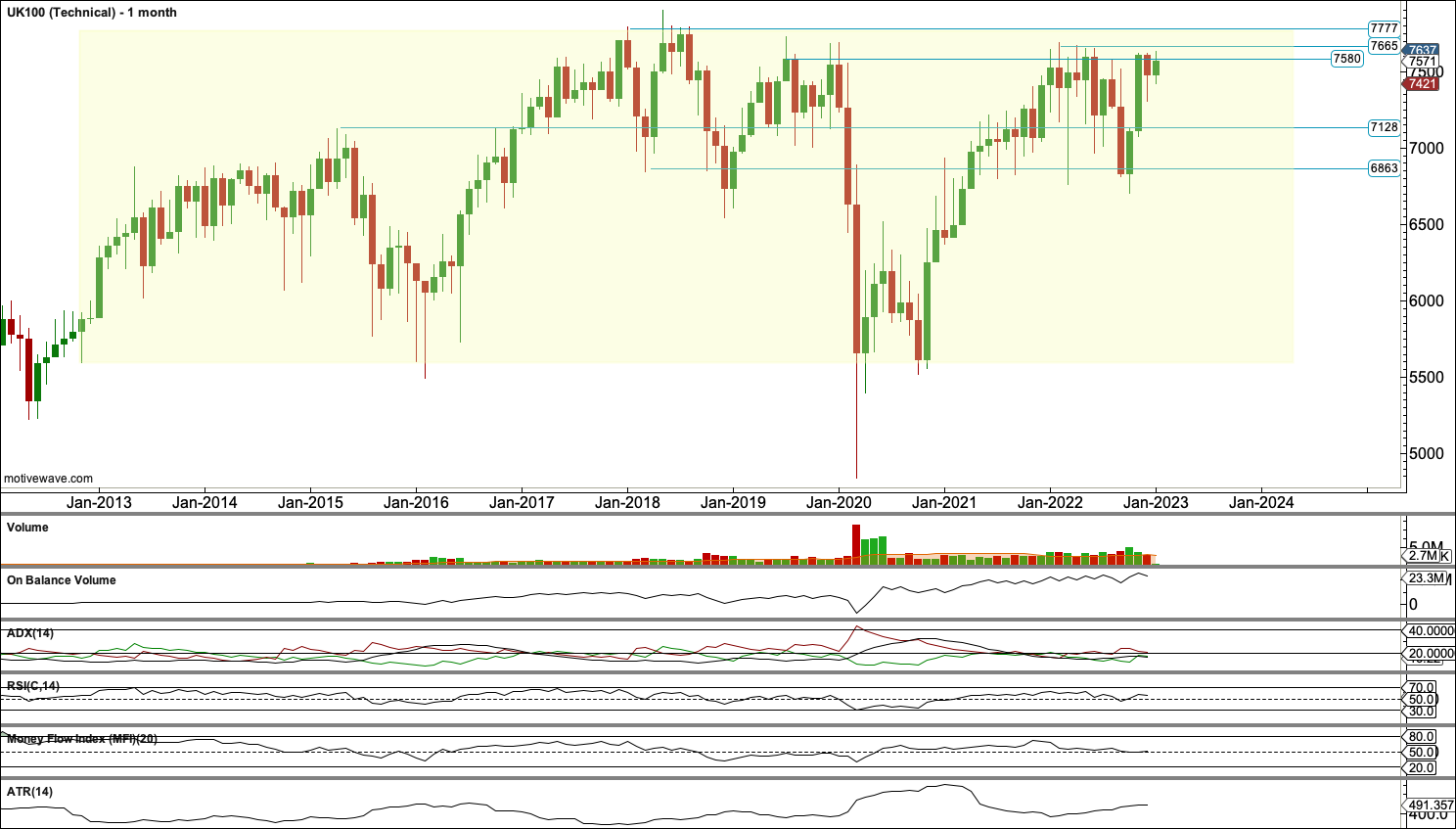 There is no bullish candlestick reversal pattern at the low of March 2020, and the first candlestick off the low for April 2020 did not exhibit an increase in volume.

On Balance Volume is making highs prior to price. This is bullish.

ADX is currently declining, indicating no clear trend. The -DX line is above the +DX line, so no potential trend change has yet been indicated. The prior downwards trend to March 2020 did reach extreme.

RSI is currently neutral. It did not reach oversold in March 2020 and did not exhibit bullish divergence.

MFI is also neutral and did not reach oversold in March 2020 and did not exhibit bullish divergence.

ATR is showing an increase as price rises. This is bullish.

Overall, there is some support for the Elliott wave analysis from this chart. 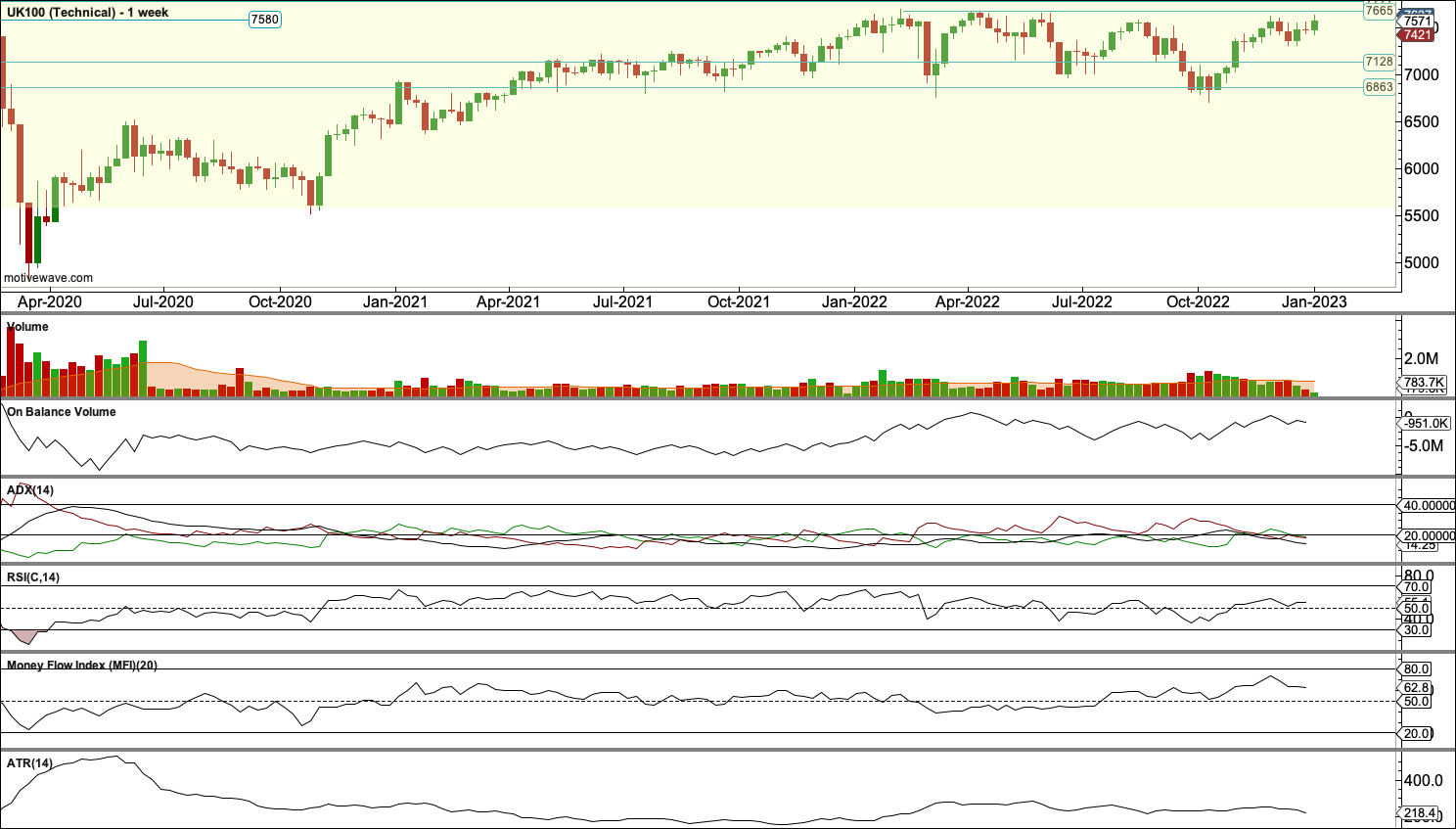 Off the low in March 2020 there is a bullish Piercing pattern that has support from volume. This suggests this may be a sustainable low for the long term and supports the Elliott wave count.

The last rise from the low in October 2022 now exhibits declining volume. This also supports the Elliott wave count, a fifth wave may be expected to exhibit weakness.

ADX is declining and no clear trend is indicated.

RSI reached deeply oversold at the March 2020 low but did not indicate any bullish divergence. It is currently neutral.

ATR is currently flat as price rises. There is weakness in upwards movement.