Last analysis of Ethereum on August 7, 2022, had a main wave count that expected upwards movement to a short-term target at 1,857.17, before an intermediate degree second wave correction may begin. Price moved higher to 2,022.79 and from there has turned down.

Summary: It is possible that a low may now be in place for Ethereum in June 2022.

A third wave at primary and cycle degrees may have just begun. Confidence would come if price makes a new high above 3,573.96.

A possible target for primary wave 3 is calculated at 54,226. 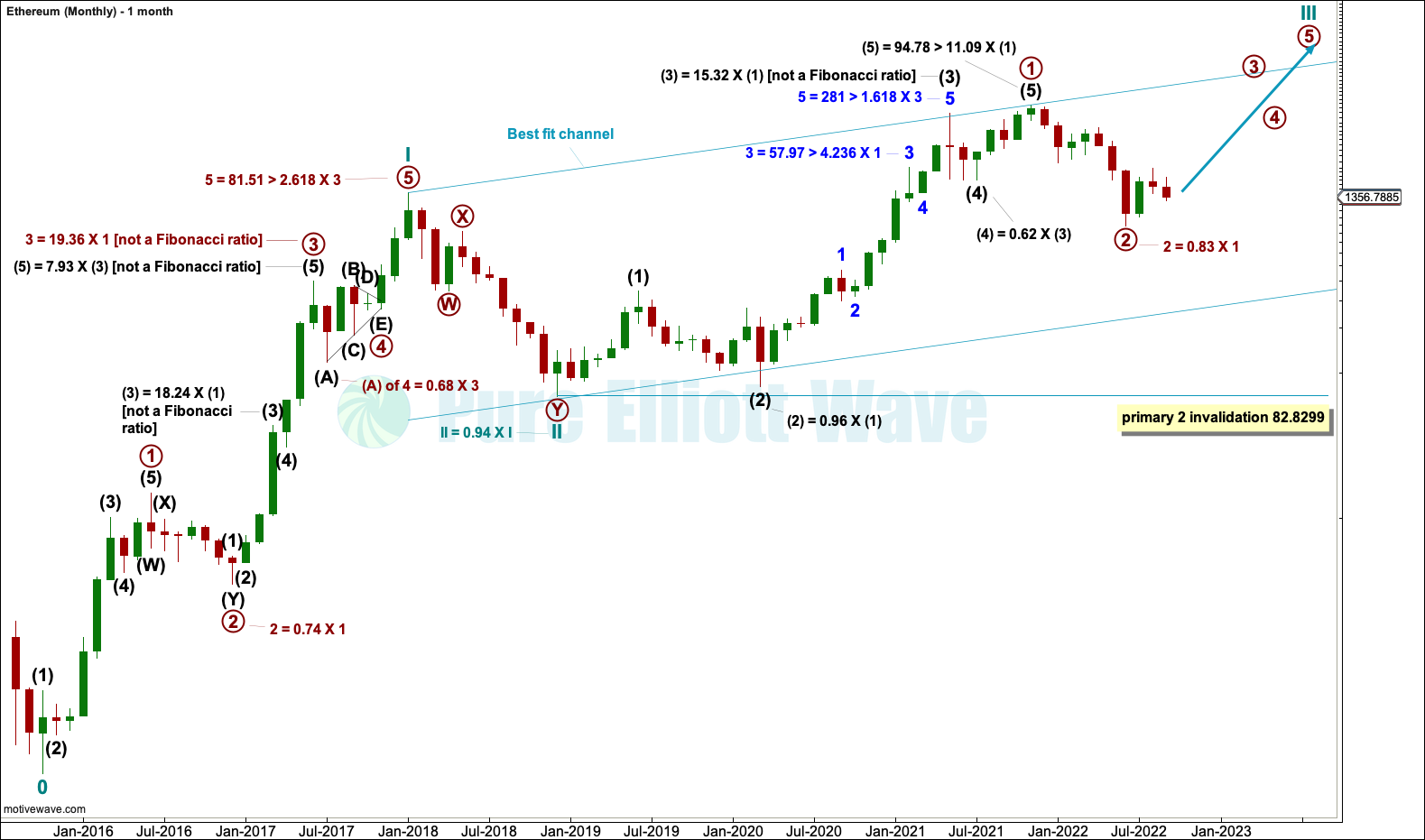 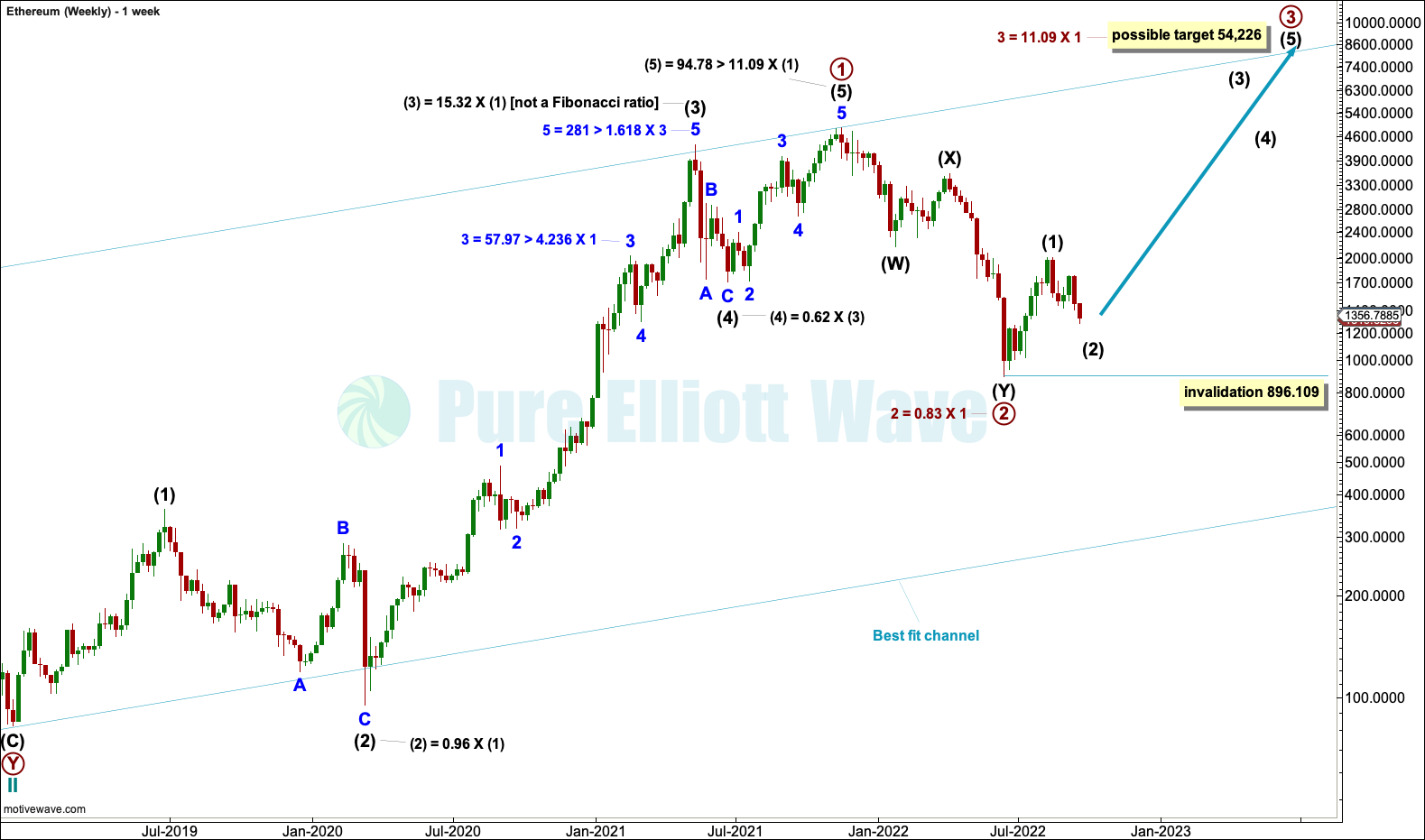 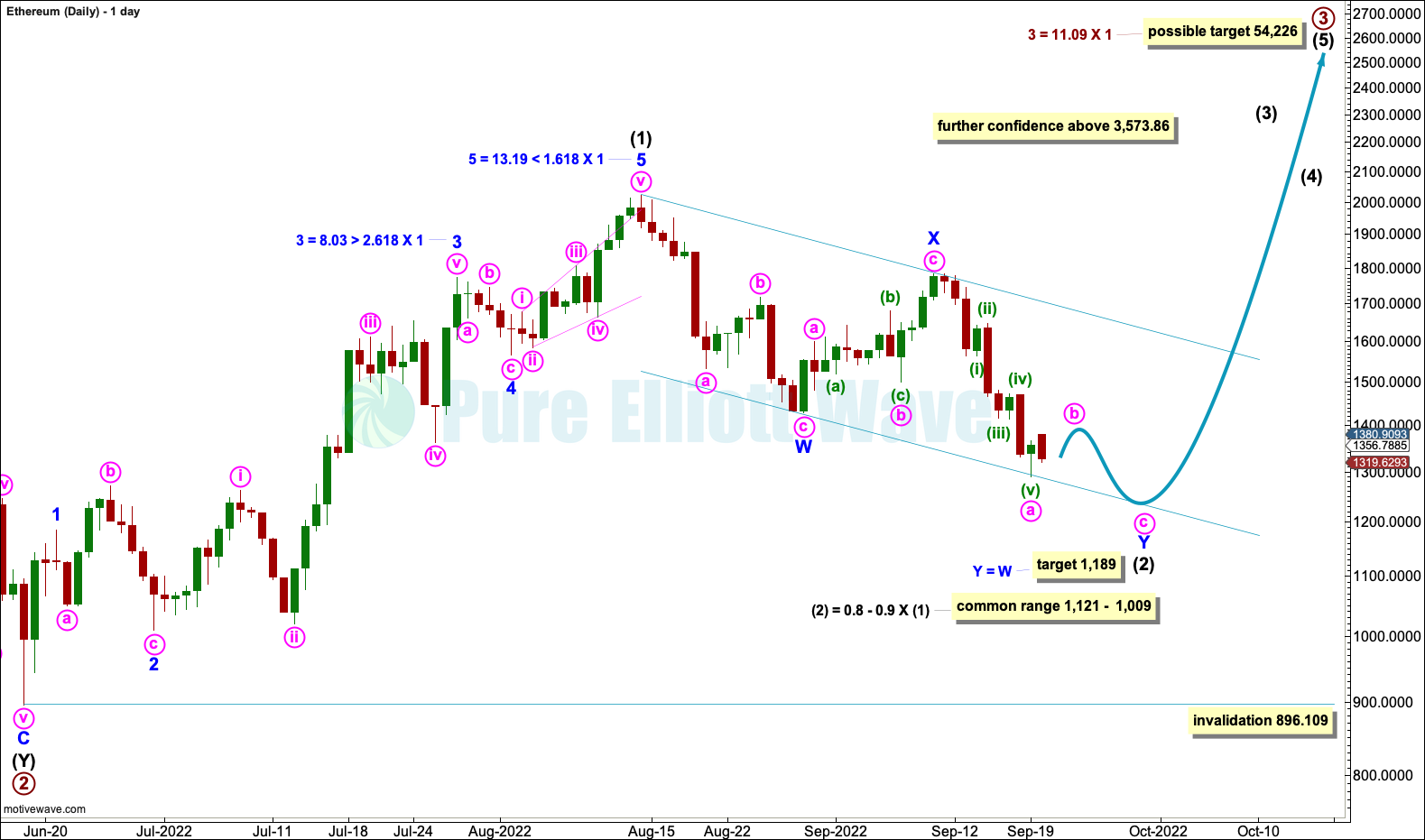 Within primary wave 3, intermediate wave (1) may be a complete five wave impulse that subdivides perfectly, and all three actionary waves of minor waves 1, 3 and 5 exhibit Fibonacci ratios.

Double zigzags are common structures. Triple zigzags are uncommon (although they are not very rare like running flats). When the second zigzag in a double may be complete, then the probability of the correction being over is high, as it would be uncommon for the structure to extend with a third zigzag.

A target is calculated for minor wave Y to reach equality in length with minor wave W at 1,189. This target is just above a common range of 0.8 to 0.9 the depth of intermediate wave (1).

When intermediate wave (2) may be complete, then this wave count would expect a third wave up at intermediate, primary and cycle degree. Upwards movement should exhibit a strong increase in momentum and volume as it moves towards the middle of a large third wave, although it may start out slowly. 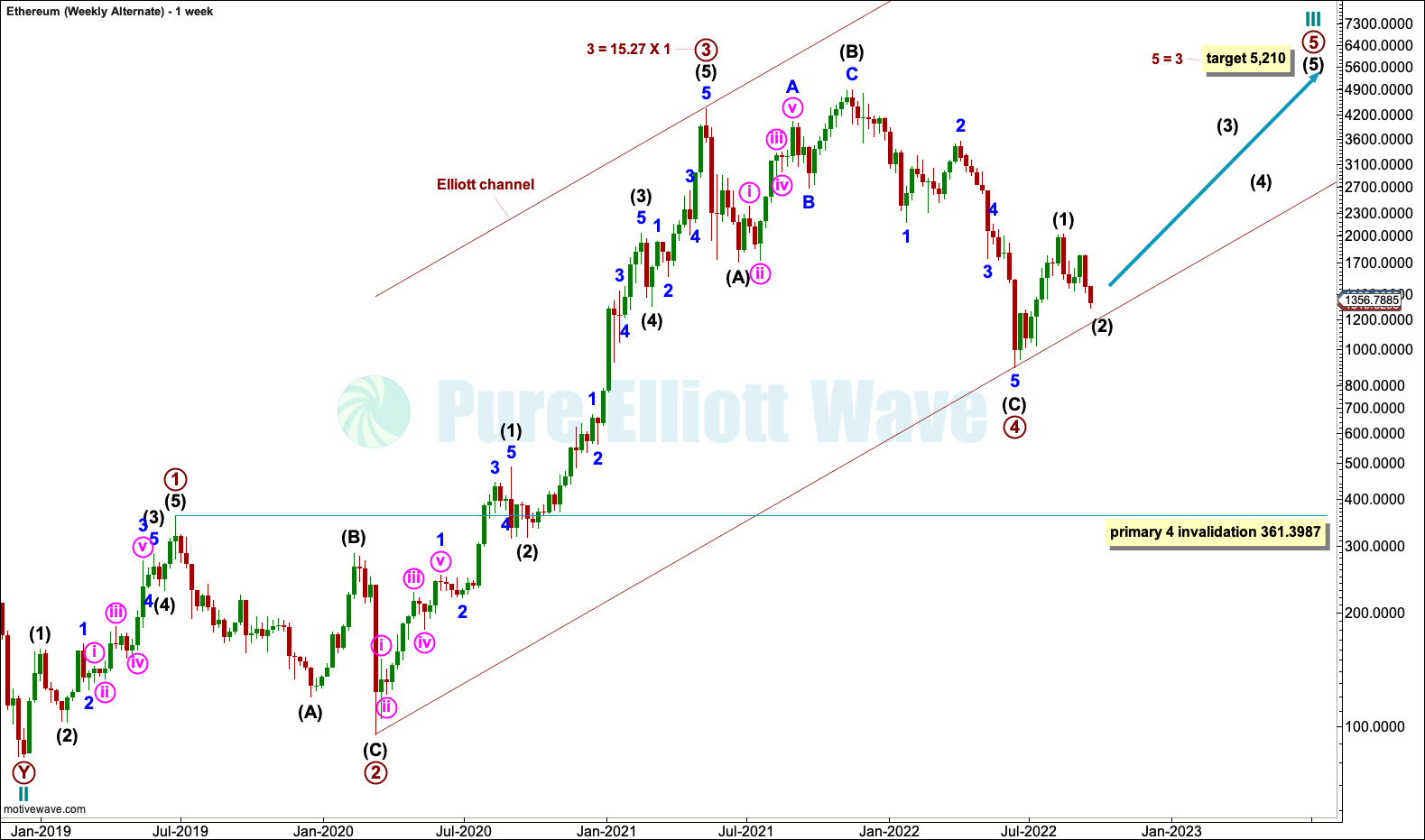 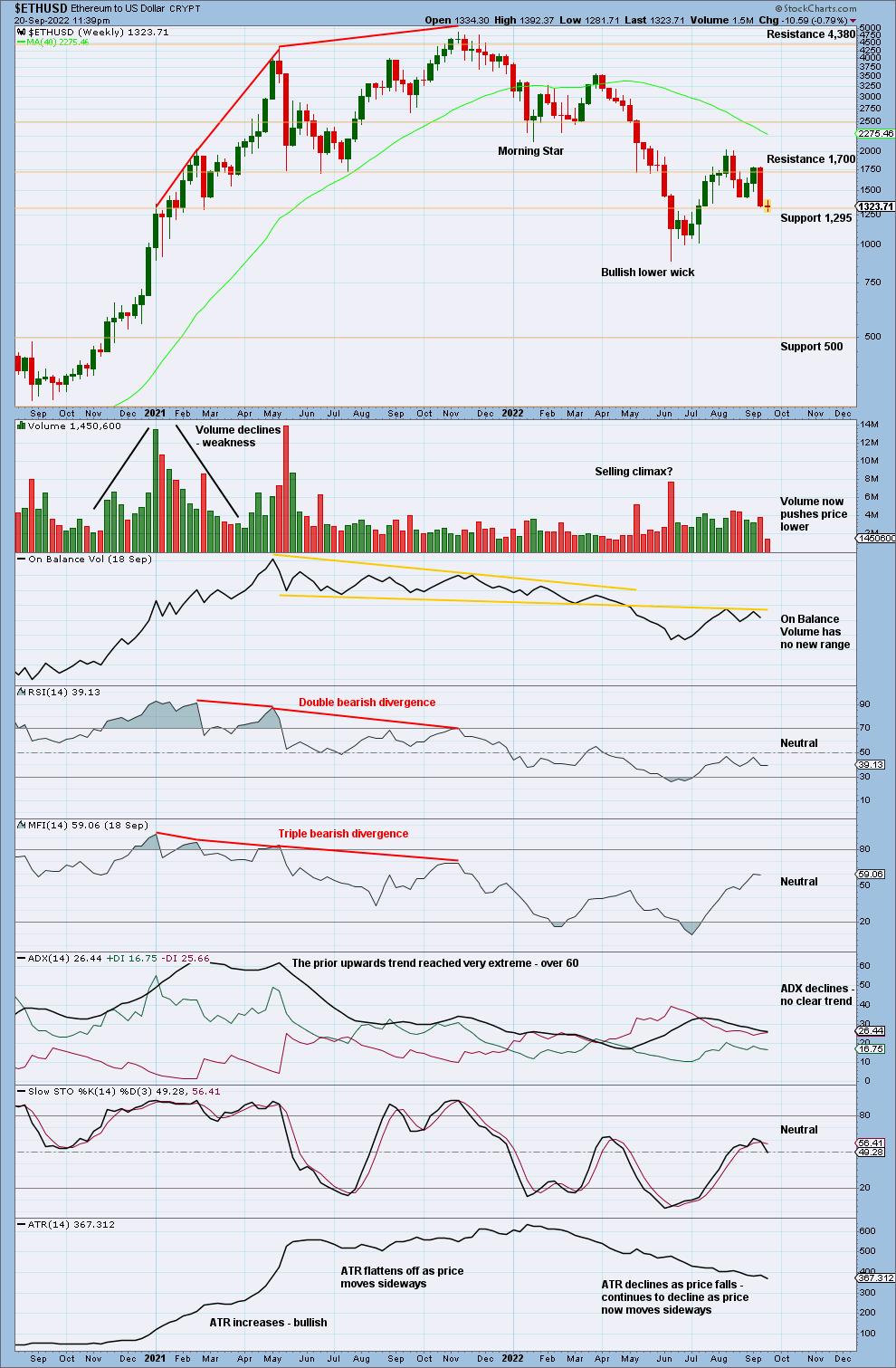 Downwards movement has some push from volume. A close near lows for the last completed week is bearish, at least for the short term. Next support is noted on the daily chart. 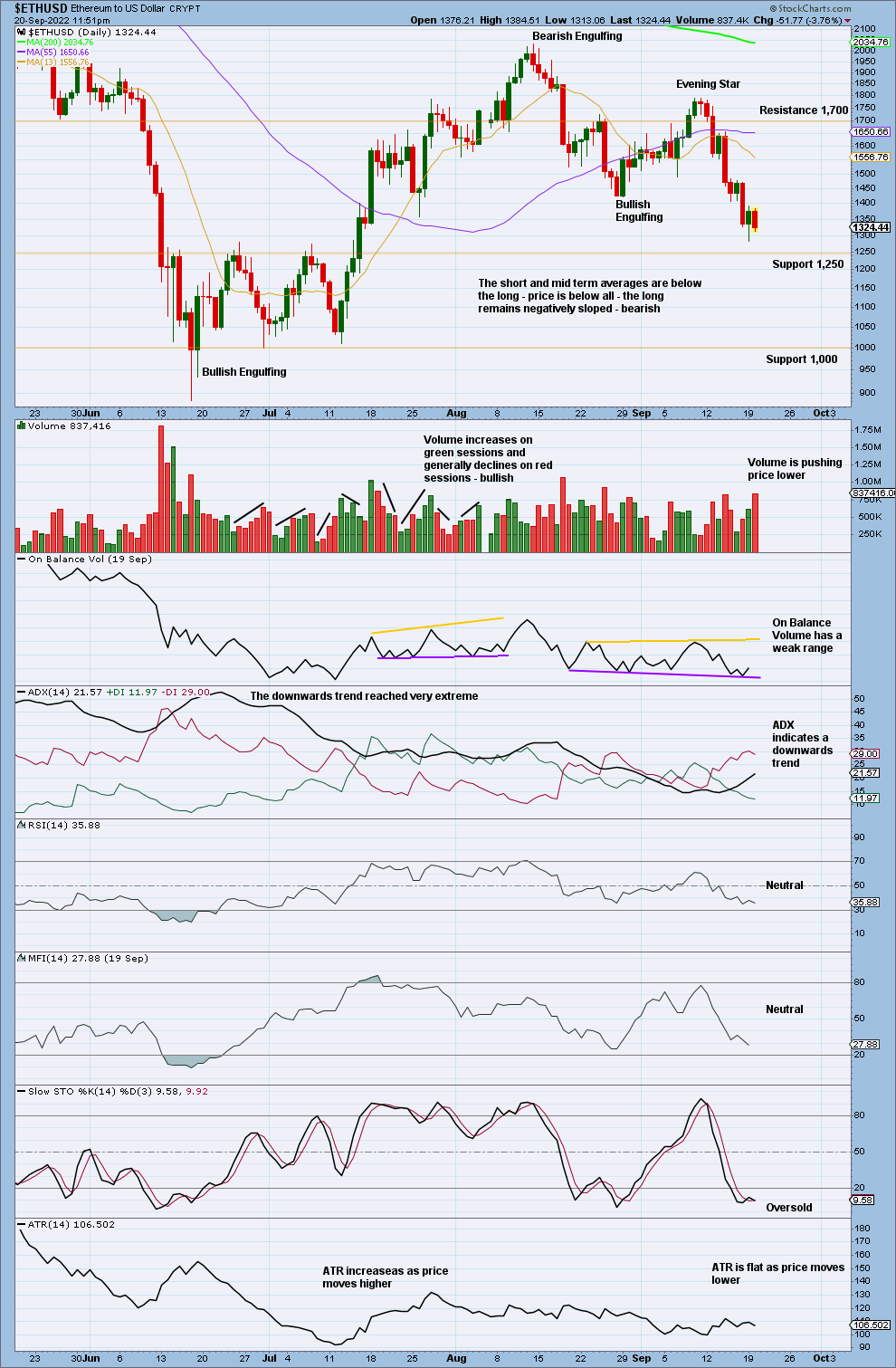 Volume is pushing price lower. Look for next support about 1,250.

On Balance Volume may be giving a bearish signal. If the break below the purple support line is clear in another one or two sessions, then expect price to fall at least a little further.