Last analysis of Ethereum on September 20, 2022, had a main wave count that expected a little upwards or sideways movement with a target at 1,189 before a final low. Price moved sideways and then had a sharp downwards spike on October 13, 2022, to 1,209.278, just 20 short of the target. Thereafter, it has turned up strongly.

Summary: It is possible that a low may now be in place for Ethereum in June 2022.

A third wave at primary and cycle degrees may have just begun. Confidence would come if price makes a new high above 3,573.96. 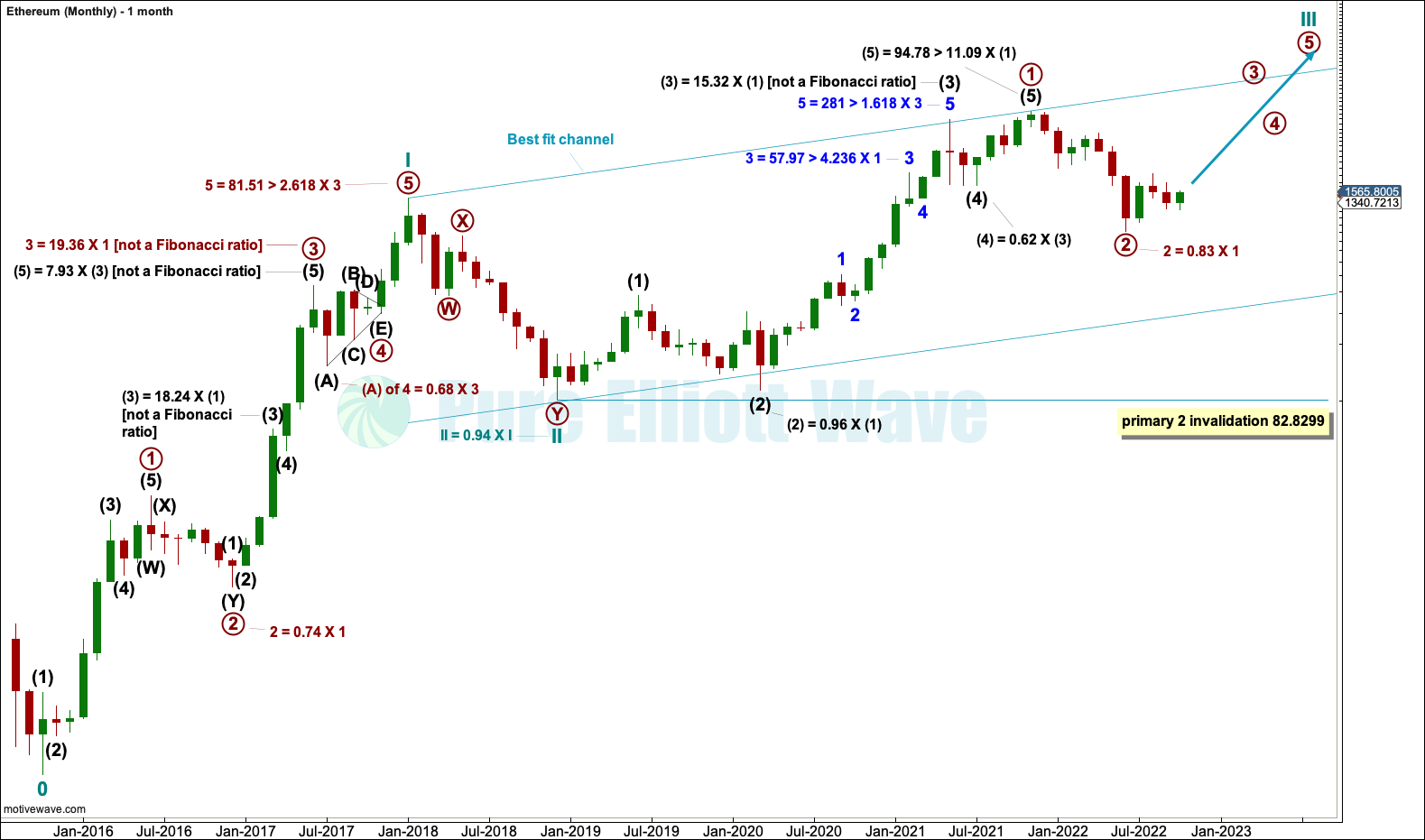 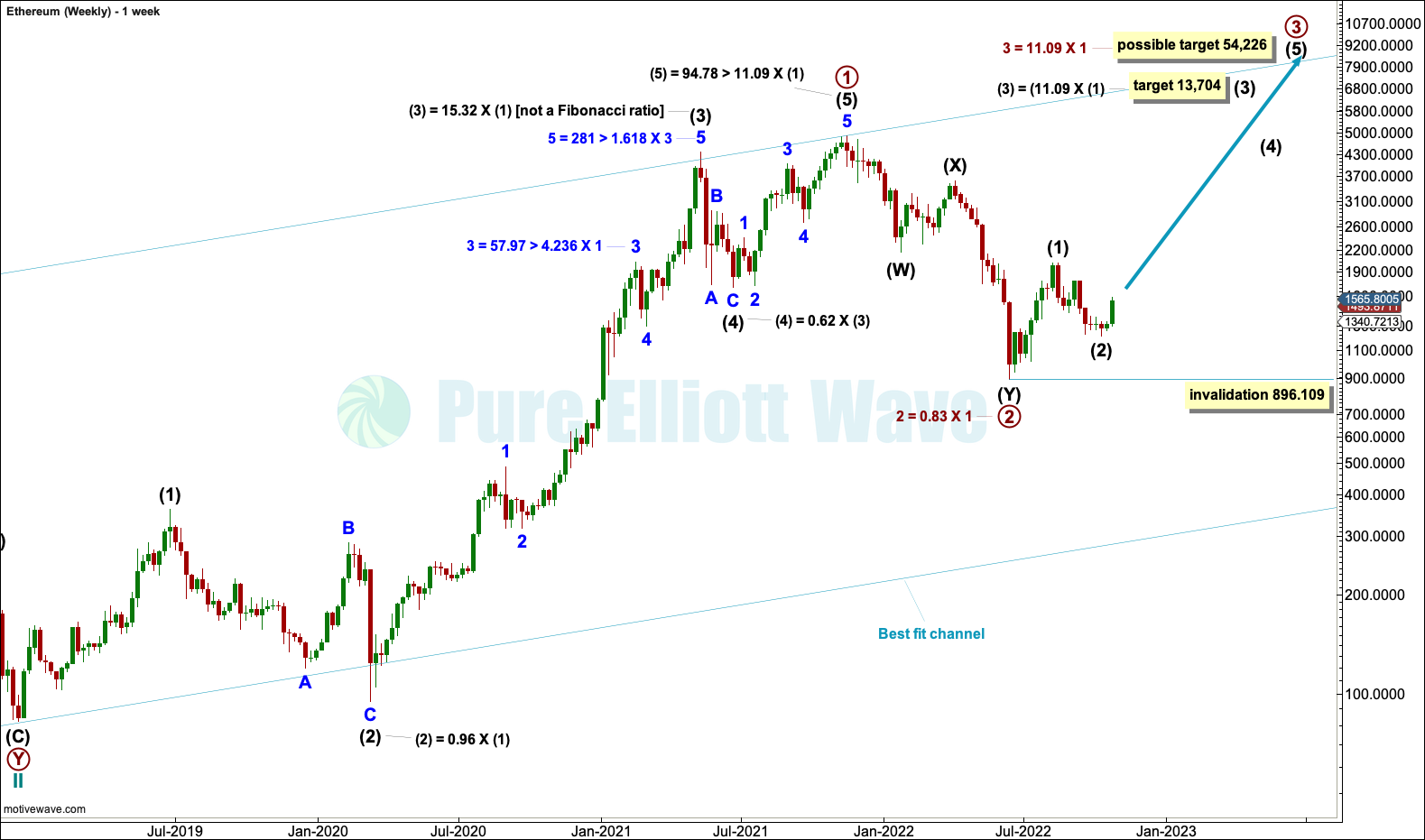 Ethereum rarely exhibits Fibonacci ratios between its actionary waves. Within primary wave 1, the ratios are noted on the chart. 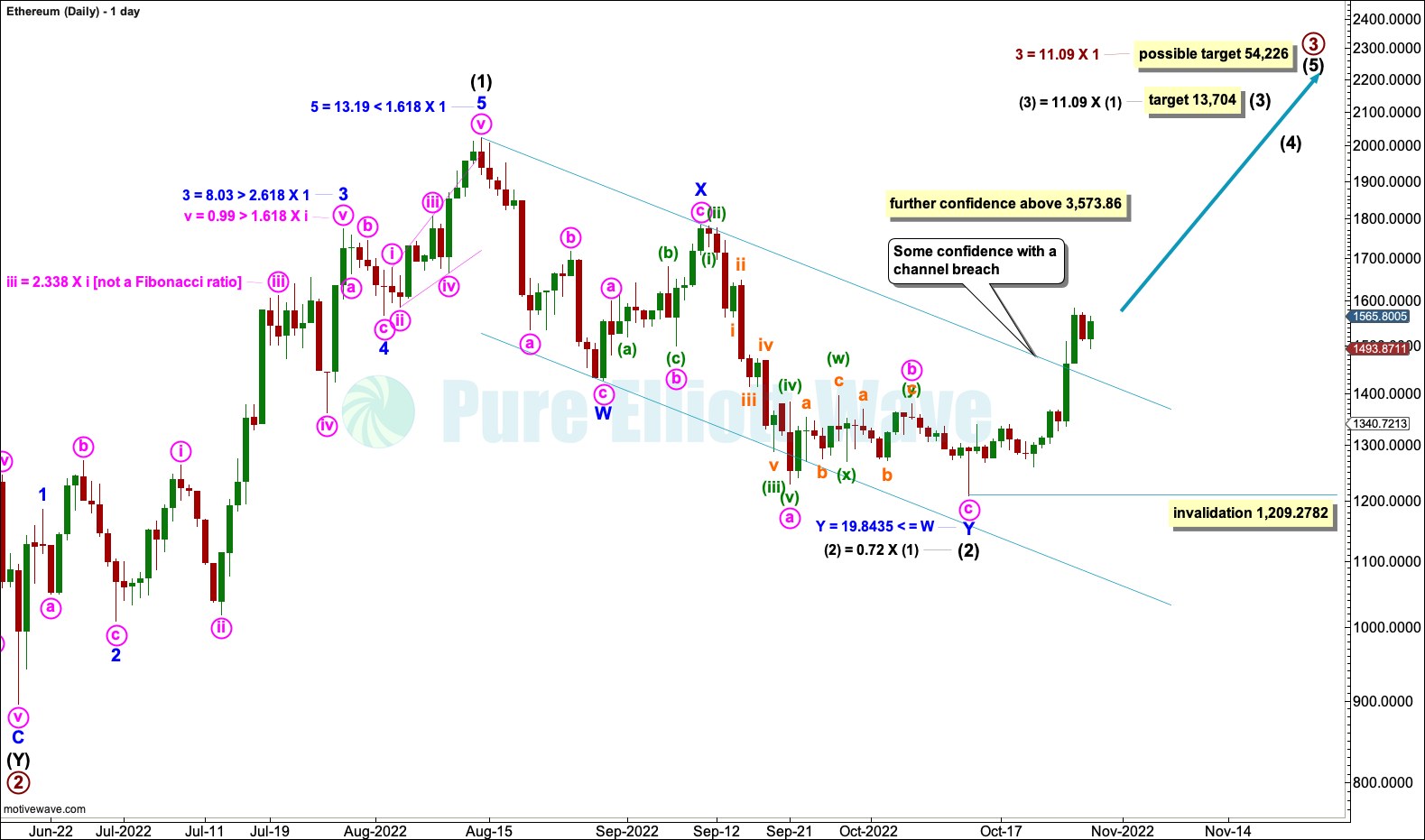 Within primary wave 3, intermediate wave (1) may be a complete five wave impulse that subdivides perfectly, and all three actionary waves of minor waves 1, 3 and 5 exhibit Fibonacci ratios.

Within intermediate wave (3), a second wave correction may not move beyond its start below 1,209.2782.

This wave count now expects a third wave up at intermediate, primary and cycle degree is in its very early stages. Upwards movement should exhibit a strong increase in momentum and volume as it moves towards the middle of a large third wave, although it may start out slowly. 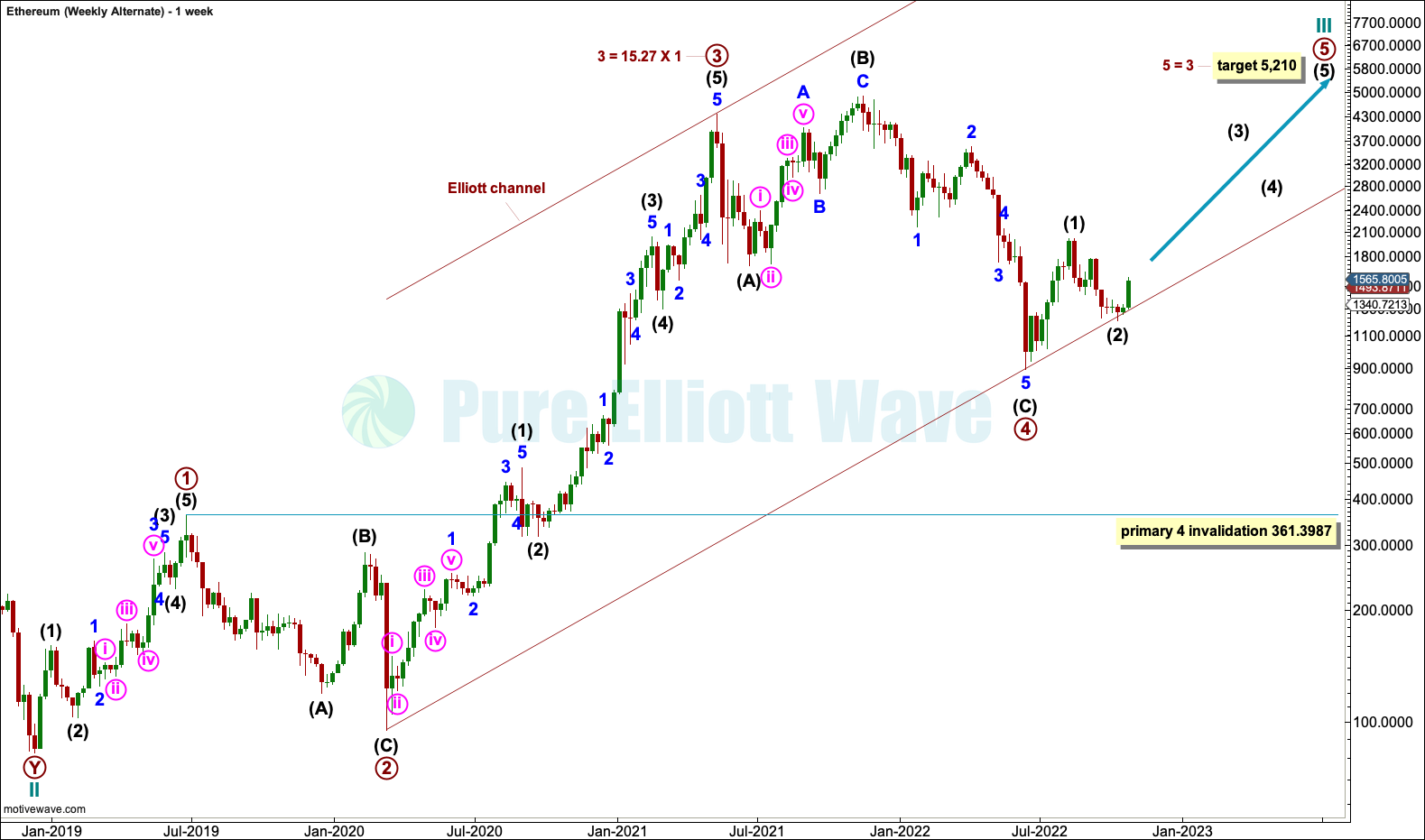 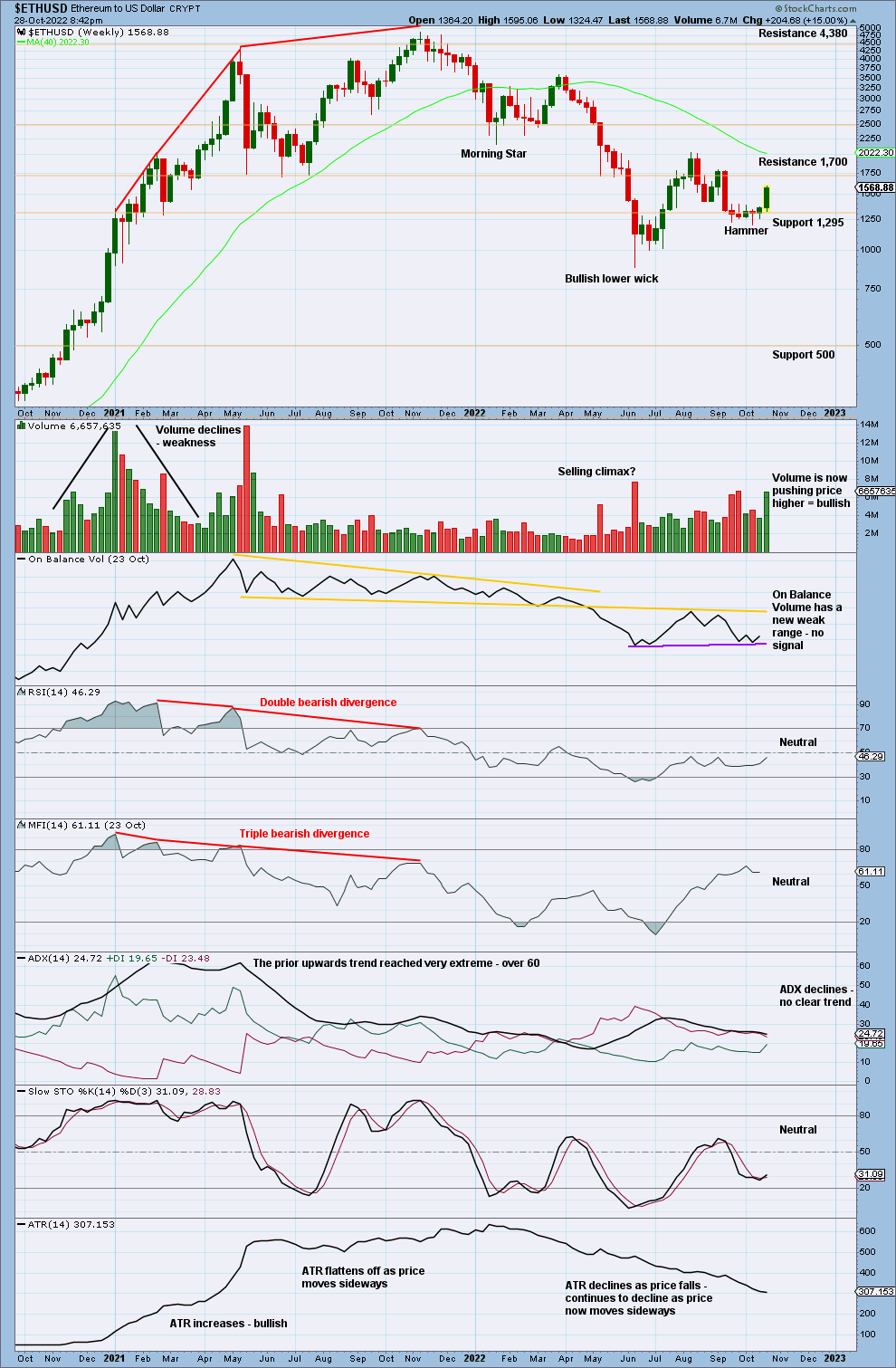 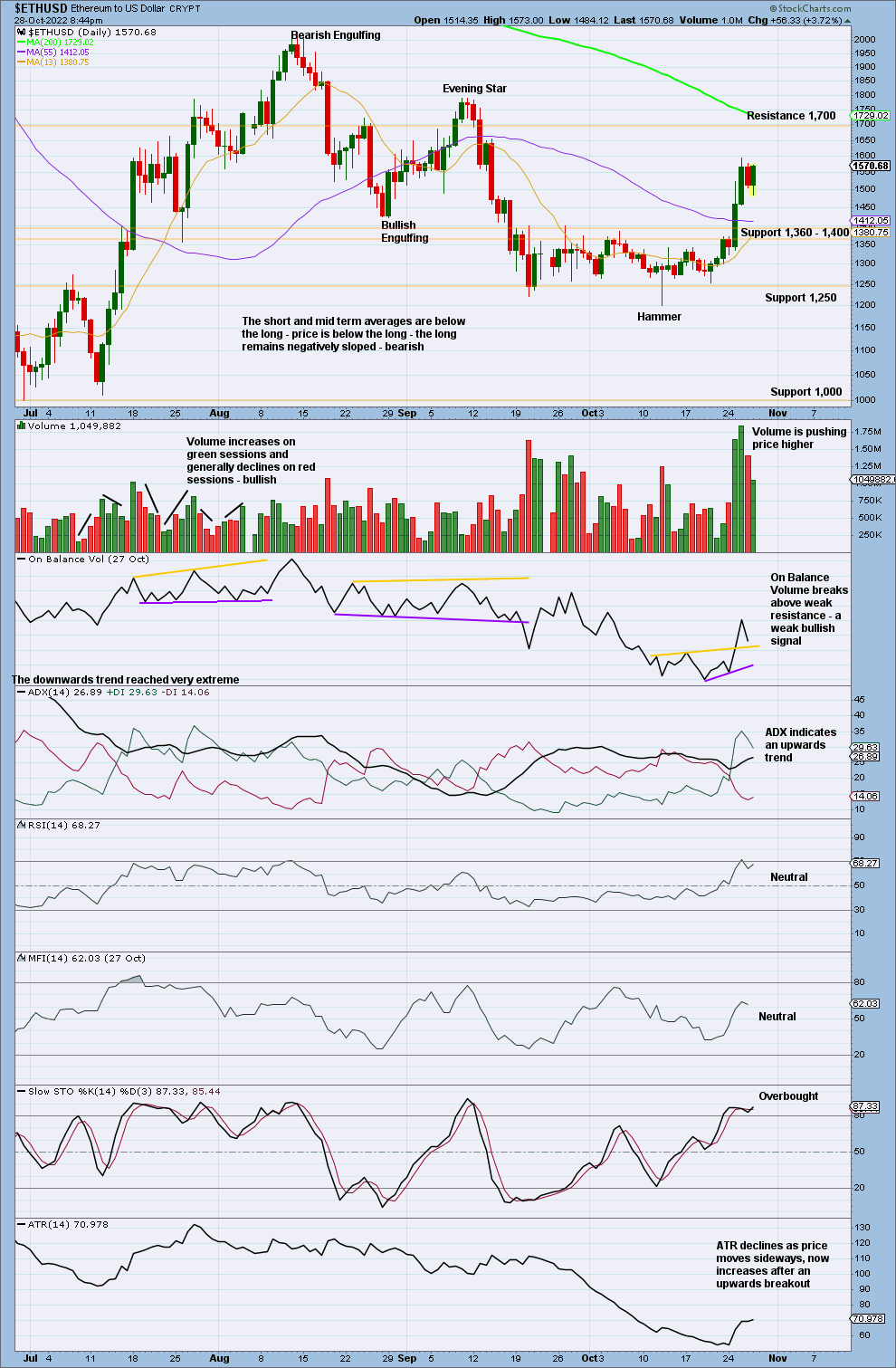 Prior resistance about 1,360 to 1,400 has been breached. Price has closed above this resistance area with push from volume. This area may now provide support for any deeper pullbacks. Volume supports the Elliott wave count.

There is a bullish reversal pattern at both daily and weekly time frames at the last low. There is a new upwards trend and a long way to go before it becomes extreme.